While many don’t want to admit it, a large percentage of married couples do not have sex on anything approaching a regular basis. Whether it’s because of shame, embarrassment, or fear of social stigmatization, people do not want to share their concerns and talk about this issue.

The sexless marriage statistics and facts found below are there to break this stigma and show you just how real and common this problem is. Understanding the causes of sexless marriages, and remembering that you are not alone, is a vital part of having a more fulfilling relationship with your spouse.

Top 5 Sexless Marriage Statistics And Facts That Will Blow Your Mind:

According to relatively current sexless marriages statistics, a third of these women, who are aged 45 to 64, as well as those older than 65, are distressed about their lack of sexual desire. The article posted on the website Considerable states that one of the more important causes of this issue is menopause.

2. After four years of marriage, only 48% of married women want regular sex.

There seems to be a significant drop in the desire for regular sex after a couple of years of marriage. However, while the statistics on sexless marriages are not that shocking – we all know how passion seems to fizzle out after the knot is tied – the exact reasons are difficult to figure out. Perhaps it’s the aging of the couple, the lack of excitement, or simply a lack of time due to being preoccupied with “nesting.”

3. There is a sharp decline in the amount of sex people have during their first year of marriage.

According to sexless marriage facts and data gathered by William James, the number of sexual intercourses is halved near the end of a couple’s first year of marriage. What starts at, according to James, an average of seventeen occasions during the first month of married life, drops down to eight times per month by the end of the year.

4. Gen X and millennials have the least amount of sex.

While Gen X and millennials are at the bottom of the list, the silent generation (the one born in the 1930s) seems to have had the most active sex life. However, the causes of these potentially sexless marriage stats are not that clear. Just to give one example, the rising age of marriage among younger generations might be a factor, since the frequency of sex is strongly tied to the age of the couple.

Sexless Marriages and the US

5. Experts define sexless marriages as the couple having sex less than ten times per year.

7. People who have sex less than once a week are less happy than those who have it more.

It may come as no surprise that sexless relationship statistics show that people having sex more often are happier. What might surprise you, however, is that couples who have sex two, three, or four times per week are not particularly happier than those that have it just once.

8. On average, married Americans have sex 51 times per year.

A study that included over 26 thousand Americans showed that, on average, married couples have sex slightly less frequently than once per week. If we take sexless marriages statistics and data, as well as the regular definition of sexless marriages, a large part of America is in the clear.

While there is no clear data on exactly how many divorces are caused by the lack of sex, its safe to say that its a strong factor. Sexless marriage divorce statistics and rates are probably increased due to the fact that intimacy is an important part of marriage.

Causes and Factors for Sexless Marriages

10. Experts claim the reason you aren’t having sex is more important than the lack of said sexual activity.

They claim that the lack of sex in a marriage can be a symptom of a larger, more serious problem. It can signify a lack of trust and closeness between couples, or a health issue for one member of the relationship. Additionally, one of the reasons for all these sexless marriage statistics can be something outside of their control, like a long-distance relationship, children, or work.

11. Roughly 61% of people believe intimacy is extremely important in a marriage.

According to a recent poll, almost two-thirds of people believe that intimacy is very important. However, that also implies that 39% of people do not consider it that important and that the sexless relationship stats don’t necessarily show unhappy couples. They might have learned to cope without it, or they simply have low to non-existent libidos.

12. There are three common causes of a sexless marriage.

The statistics involving sexless marriages, and psychotherapist Tina Tessina, Ph.D., claim that there are three causes of sexless marriages. First, there could be a lack of communication. Then, one partner might be too neglectful. Finally, one partner in the relationship could have had his or her feelings hurt, and/or got turned down too many times.

13. Experts claim that marriages without sex aren’t wrong, but that they are more vulnerable.

These statistics of sexless marriages might seem grim at times, but you need to remember that a sexless marriage can be a happy and fulfilling marriage for some people. However, it can also be more vulnerable, since it would need to rely on other aspects of the relationship a bit more.

14. Smartphones have an adverse effect on our relationships and intimacy.

According to a paper published in the Journal of the Psychology of Popular Media Culture, smartphone usage has a direct correlation to relationship uncertainty. While it would be a stretch to say that it causes a lack of sex in a marriage, it is still very clear that it does have an adverse effect.

15. There are many factors that can lower both male and female libidos and lead to a sexless marriage.

There is this unpleasant myth that a lack of sex in a marriage is caused by frigidity or laziness. In fact, there are clear sexless marriage facts that show what types of illnesses and conditions can lead to a lower sex drive. Diabetes, heart disease, high blood pressure, pregnancy, sleep apnea – all of these diminish a person’s libido.

When to walk away from sexless marriage?

This is a very serious issue that simply cannot be answered without careful thought and deliberation, as well as advice from a licensed therapist. There needs to be a clear understanding of a person’s needs, wishes, and desires, as well as their expectations and plans. Then, you need to understand what you would be losing and decide whether it’s worth it.

How to survive a sexless marriage without cheating?

One important point is simply working on the marriage and trying to figure out exactly what went wrong. Once the problem has been found, it can potentially be fixed (best with professional assistance). However, there are other avenues to explore, too. An open marriage might be a potential solution if living in a sexless marriage is too much for you – but you find the idea of leaving your partner or cheating on them even worse.

How long do sexless marriages last?

A sexless marriage can last for a very long time. The important thing to remember is that the reason you are not having sex is often more important than the actual lack of sex. If there is a lack of closeness and intimacy in the marriage, of which a lack of sex is a symptom, then you can’t expect that marriage to last long. However, if everything is going great, but perhaps you can’t have sex for reasons unrelated to your connection with your partner, then a properly handled marriage like this can last for a long time.

What percent of sexless marriages end in divorce?

There is no clear sexless marriage divorce rate data. A divorce is a difficult, messy thing, which happens due to multiple reasons, some of which might actually cause the lack of sex, being just a symptom of something more serious.

Can a sexless marriage survive?

Can a marriage survive without intimacy?

If it is a question of physical intimacy, then yes, see the answer above. However, if there is a lack of both emotional and physical closeness, then one should reassess his or her definition of what a marriage really is.

How do you deal with a sexless marriage?

There are many ways you can deal with this issue. First, you can try to figure out why you’re not having sex. Next, you should be honest with your partner. Work on this issue together, and perhaps get some professional help. Don’t put pressure on yourself, or your partner. Be honest about your feelings, and try to understand your partner as well.

How does a sexless marriage affect a man?

It depends on the man. The need for sexual fulfillment is real in both men and women, but all of us react differently under different circumstances. The factors that lead to the lack of sex, like one’s libido and the stability of a marriage, need to be considered before one can analyze how the lack of sex in marriage affects a person.

A lack of sex in marriage is a common and often a very detrimental factor in people’s lives. And yet, there is a strong stigma associated with this issue, which needs to be dispelled and understood. This same stigma can prevent people from getting help with this issue, an issue that erodes trust in a marriage and damages people’s confidence.

The sexless marriage statistics and facts found within the article above are here to give you a realistic glimpse of this problem and, hopefully, help you or a loved one. By understanding this problem better, you can deal with it in a more effective way.

As a student of English literature, Nikolina has always been passionate about reading and writing. Whether it’s for work or pleasure, she finds she best organizes her thoughts on paper. This is evident in her poetry and short stories, but also in the articles she writes professionally. As someone with a lot to say and a strong opinion on almost any topic, you could say this was her dream job. 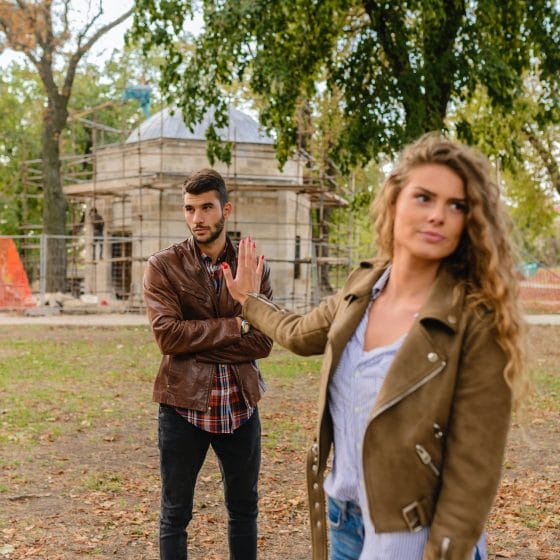 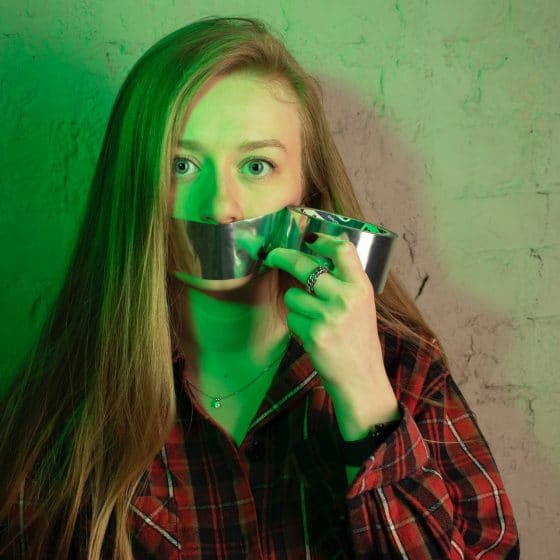 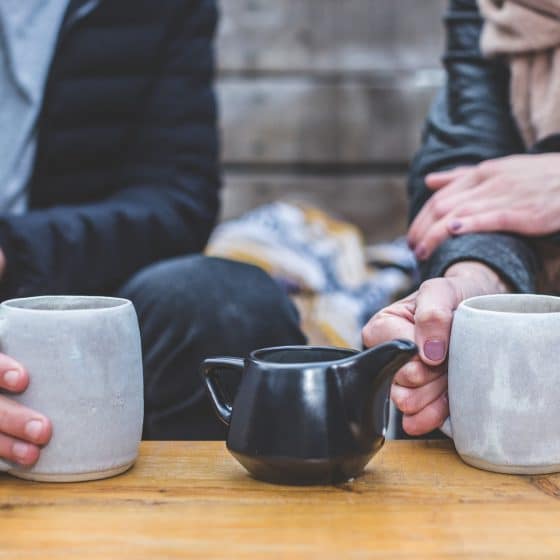 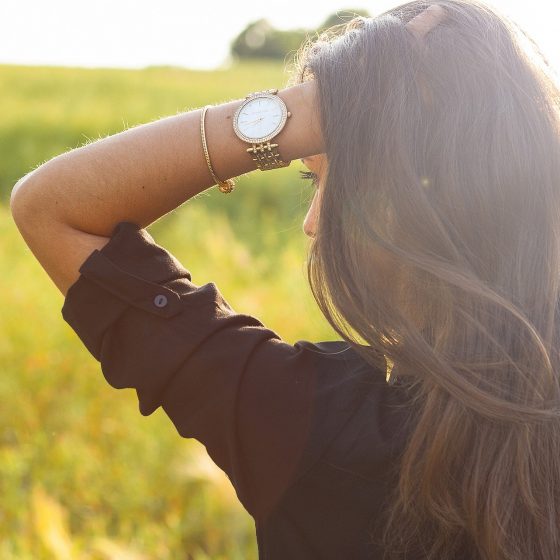 The Top 20 Difficult Abortion Statistics for 2020 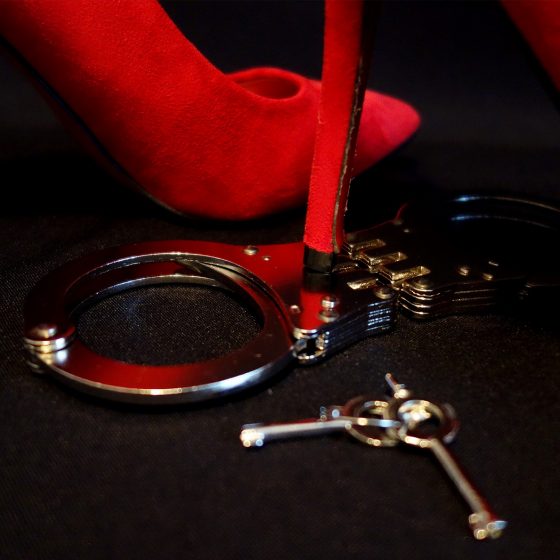