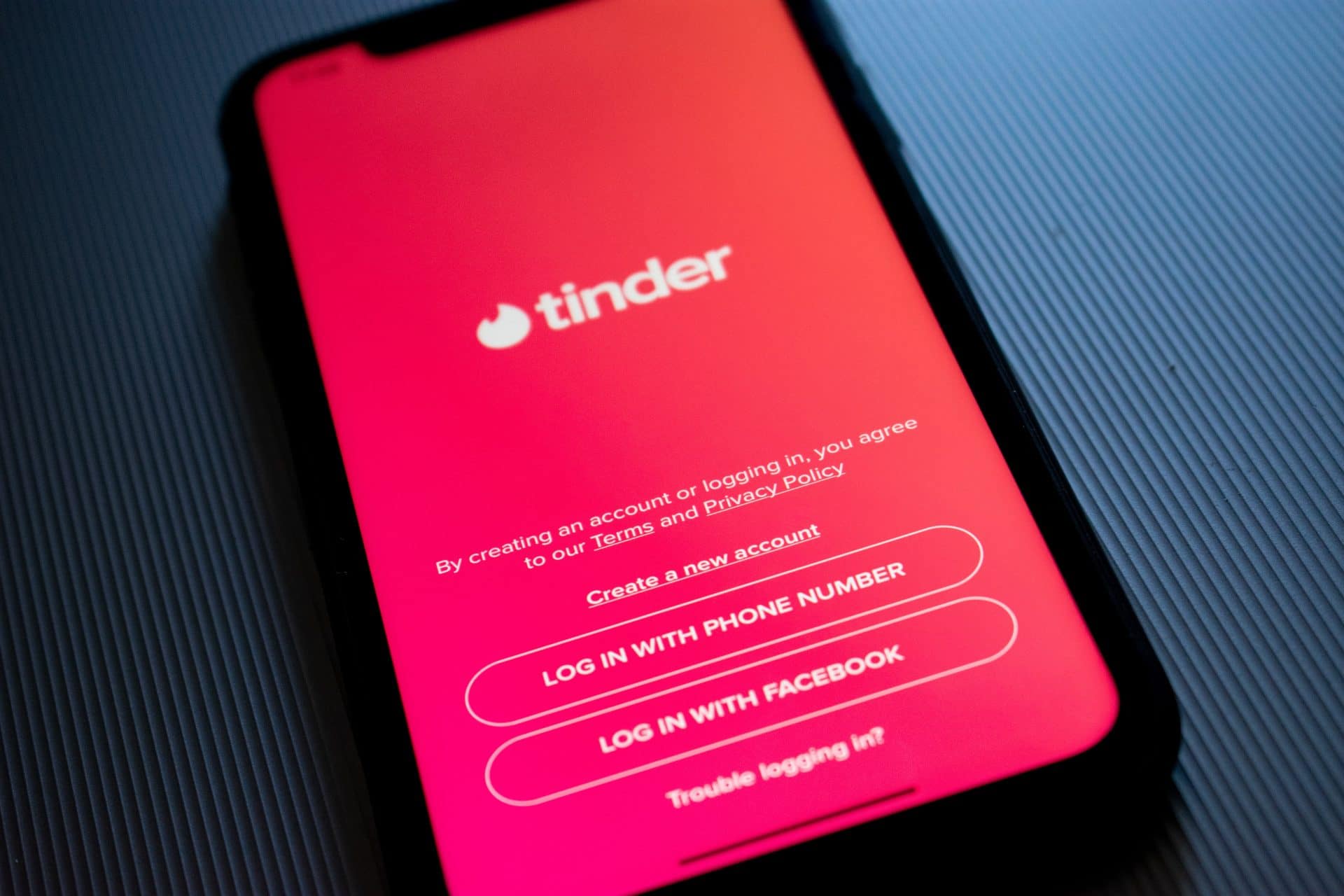 Swipe left or swipe right? One of the first apps to introduce this seemingly simple concept to show whether you like someone or not, Tinder took the online dating scene by storm. In fact, some might say that it completely transformed modern dating. According to Tinder statistics and facts, this is not an understatement.

The platform achieved explosive growth in just 2 years after its launch, but the thing that set Tinder apart from other apps was the fact that it managed to take the shame out of internet dating.

By making it seem more like a game, Tinder made it okay for people to use – and freely talk about using – dating apps. So, let’s see what Tinder offers to its users!

Top Ten Tinder Stats to Get You to Swipe Right

If you’re already choosing your most flattering pics for Tinder, here are some things you should know before you upload them. The following numbers and stats will paint a picture of Tinder’s popularity, its users, and how they relate to your one true love.

From this sizable user base, 4.1 million are paying subscribers. Up by 437,000 from the last quarter and by 1.2 million from 2018, the number of subscribers is expected to grow by another 1.6 million.

The app is available in more than 40 languages. In other words, there are chances of making contact with someone almost anywhere in the world.

3. Based on the number of Tinder users by country, it is the most popular in the US with 7.86 million users.

Born and bred in California, it’s not surprising. The UK comes in second, and Brazil is ranked third – 33.5% of all Tinder users come from this country.

4. The number of Tinder users in India is so big they make over 7.5 million swipes a day.

Furthermore, the number of male users far exceeds that of female users. This is mostly due to the stigma that surrounds online dating in a country where arranged marriages are still ubiquitous.

To attract more females to the app and to make them feel safe and protected, the Indian edition of Tinder has a feature that allows women to choose whether they want to start messaging or not.

Even though it managed to surpass estimates for the third quarter, Q4 projections are not looking good. The company expects revenue of between $545 million and $555 million, which is less than what analysts estimate.

7. Tinder usage statistics show that it was the top non-game mobile app in Q1 2019.

Perhaps the most impressive feat Tinder pulled in 2019 was unseating Netflix from the number one position as the highest-grossing non-game mobile app on both iOS and Android, a spot Netflix has held since 2016.

8. Tinder has 37 options for gender identification, based on the Tinder gender statistics.

In an effort to help transgender people connect through Tinder and curb harassment, the app now allows users to identify their gender as other than male or female. It seems to have worked. Since the changes were launched, there have been 250,000 matches for trans people.

9. 72% of dating app users find Tinder to be the most racially diverse app, according to the Tinder race statistics.

77% of Tinder users claim to be very open-minded and 74% of people on the app have gone out with someone from a different racial background.

Of those involved in interracial online dating, 53% said that it had made them more politically and socially engaged. (from this percentage 65% used Tinder).

11. Tinder match statistics show that users who smile in photos have a 14% higher chance of being swiped right.

Other factors that increase your chances of getting swiped right are education (96% of users say higher education is something they look for in a partner) and music (sharing what kind of music you’re into on your profile increases the likelihood of a right swipe by 84%).

Furthermore, men who shave are 37% more likely to get swiped right than men with beards.

Why do we sign up for dating apps? There’s plenty of fish in the sea. We will now present you with some interesting data about Tinder users, their activity, and some more information you may need for a head start in 2022.

12. Tinder is most popular among 18 to 24-year-olds, based on the Tinder user demographics.

13. Tinder statistics by gender show that it is more popular among men.

(We Are Flint; Statista)

20% of US men and one in ten women in the US used Tinder in 2018. According to studies on dating app demographics, Tinder, and other dating apps, for that matter, are more popular among men, in general, with 10% of male respondents in a 2019 survey saying that they use a dating website or app – compared to just 5% of women.

76.9% of active Tinder users on Android are men, while only 23.1% of active accounts on the Android platform are women, accounting for a much higher Tinder gender ratio.

The analysis also shows that the average Tinder user lives in an urban area. 16% of people who use Tinder live in cities as opposed to the 9% who reside in rural areas.

If you’re determined to be one of Tinder’s success stories, read through these carefully. Once you know details about other people’s activity on the platform, it will be easier for you to adapt to it and be in the right place at the right time.

On the other hand, the frequency of use stats shows that 2% of online users access Tinder several times a day. 3% of respondents said they use Tinder at least once a day.

17. When it comes to Tinder usage statistics and time, the average user logs in to Tinder 11 times a day.

Although men use Tinder more, they spend less time on the app. Male users spend an average of 7.2 minutes, while women spend around 8.5 minutes per session. The total daily engagement time is about 90 minutes.

18. Tinder statistics show that most Tinder users log on to the app between 6 pm and 10 pm.

Research shows that the most popular day to swipe right is Monday and the most active month for users is August. It seems people are most in the mood for love right after the weekend and when summer is over.

19. Women swipe right 14% of the time, according to the Tinder swipe statistics.

Men, on the other hand, swipe right 46% of the time. Messages are a different story. While men message faster (63% messages within 5 minutes), only 7% of men send a message to people they are interested in, unlike 21% of women.

On top of that, Tinder messages from men to women are around 12 characters long, while women tend to send messages that have about 122 characters.

What Is the Success Rate of Tinder?

The question of all questions. The answer — quite successful. If these numbers don’t convince you to make a profile on Tinder, nothing will.

20. Tinder has made 30 billion matches since the app was launched.

Tinder user profiles get an average of 2 billion views per day which leads to 26 million matches a day and 1 million dates a week. This translates to about 1.6 billion swipes on a daily basis.

Heterosexual men, however, have a much lower success rate –16%, Tinder stats reveal. This means that less than a fifth of women swiped right or liked their profiles.

Men seem to be caught in a vicious cycle when it comes to getting matches on Tinder. Guys set lower standards in hopes of getting more matches, which in turn causes women to be pickier knowing that the profiles they like will most likely result in a match.

Homosexual men are somewhere in between – they have a success rate of 35%.

22. Tinder users statistics suggest it is not just an app for casual sex.

52% of dating app users said that they had never had a one-night stand through Tinder or any other dating platform. 44.1% of women and 38.4% of men say they use dating apps to find a long-term, serious relationship, rather than just a casual fling.

80% of Tinder users in a survey have not engaged in any sexual activity through the app, Tinder hookup statistics show, and only 13% said they had one hookup through Tinder.

23. Only half of Tinder users have met their matches in real life.

After meeting a match face-to-face, male users averaged 1.9 partners (despite matching with 111) and women averaged 2.2 partners (even though they were matched with 124 partners).

When did Tinder become popular?

Launched in September 2012, Tinder quickly became one of the most popular dating apps on the market, but it really took off when it expanded to Android phones a year later.

Just two years after its launch, Tinder users were swiping 1 billion times per day and the user base increased by 100% from the year before.

Why do people use Tinder?

The majority of users say that they log on to Tinder out of boredom or curiosity. Other reasons for using Tinder are to boost one’s ego and improve social skills.

A small number of respondents admit that they are using Tinder for sex. In this regard, more men say that they go on Tinder to increase their sexual experience than women. Does this mean that more men use the app for sex than women, or does it mean that men are more willing to admit what they use Tinder for?

Is Tinder still a thing?

Despite many users complaining that Tinder and other dating apps have left them feeling frustrated and jaded, the number of users and paying subscribers continues to increase.

Whether people are seeing it as a social game of sorts, or just another app to kill time, or whether they might be thinking that true love really could be just a swipe away, the fact remains that Tinder is still the most popular dating app on the market.

Is Tinder Gold worth it?

Different experiments have shown that Tinder Gold is worth it if you’re really dedicated to your online dating life. If you have $27 to spare, you will get an unlimited number of swipes and a possibility to see who swiped right on you before you make a decision about them.

All in all, Tinder Gold will help you if you commit more than you generally do.

What’s the main takeaway from these Tinder statistics? Online dating, with Tinder at the forefront, is still a part of our dating lives in 2022, after almost a decade of existence.

Call it just another hook-up app, the advent of the “dating apocalypse”, or an indispensable tool in modern living and dating — Tinder isn’t going anywhere any time soon.

And who’s to say that this is a bad thing? After all, everyone wants a little romance, even if it is in the digital world. 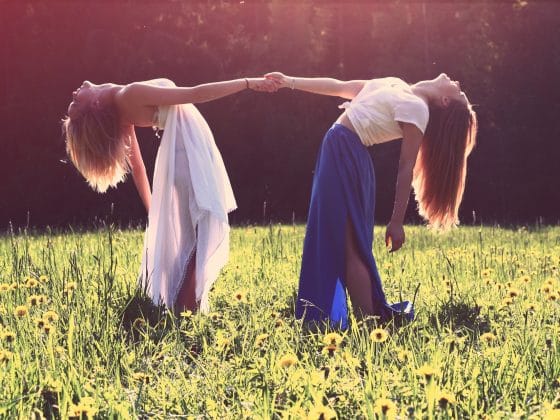 The Best Lesbian Dating Sites for All Your Needs 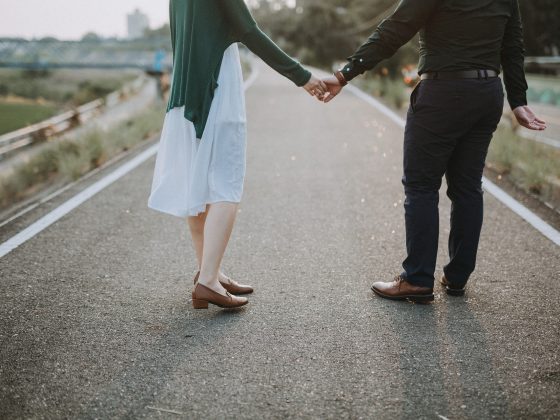