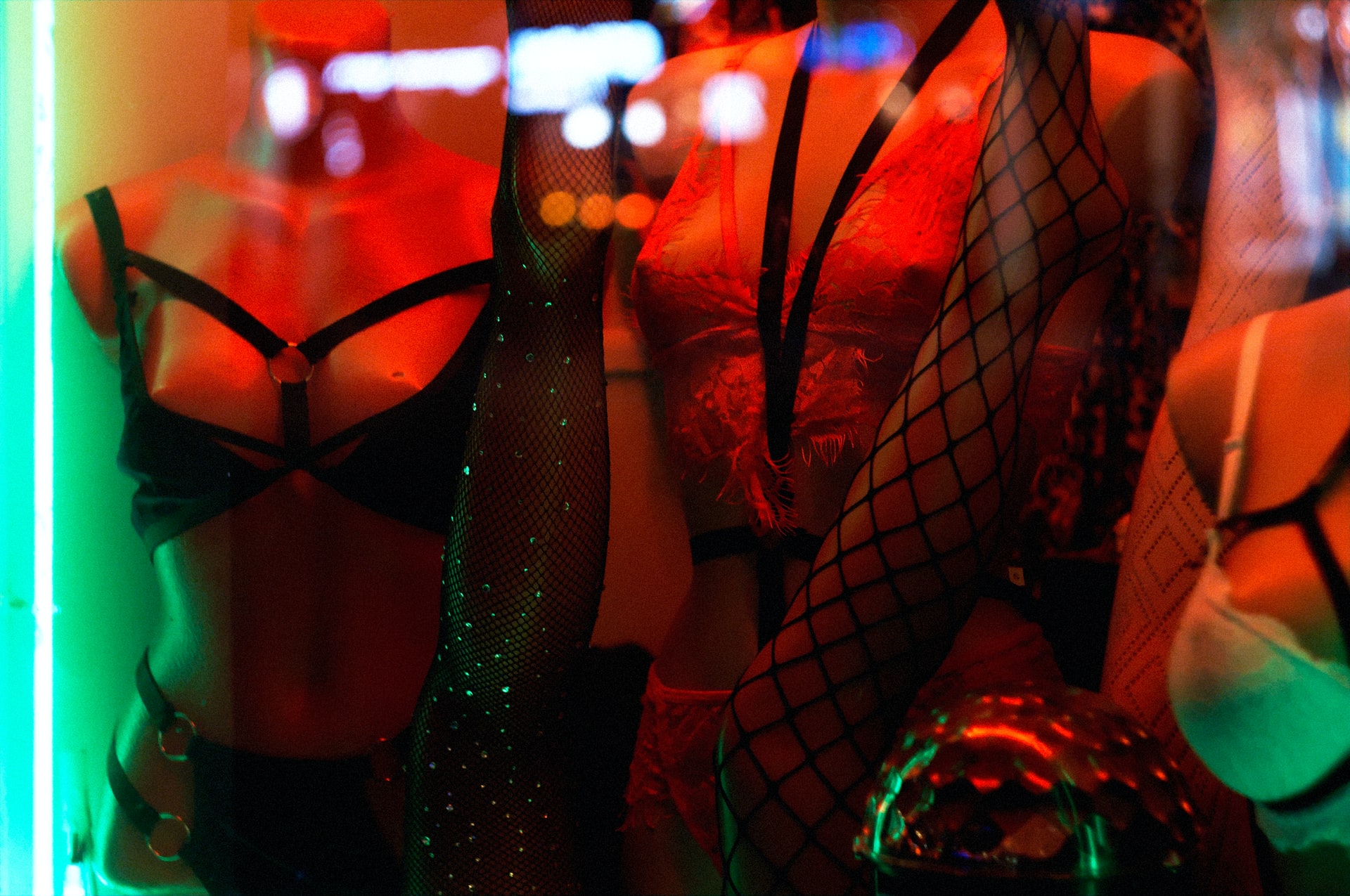 You know how they say that prostitution is the world’s oldest profession. True or not, it wouldn’t be a problem if this profession was not discriminated against and made illegal in a number of countries.

On top of that, many women and young girls are prostituted because they’re either coerced into it or don’t have any other means of survival, which is a major issue to be dealt with in 2022.

These prostitution statistics show us just how much work there is to be done in order to regulate sex work and protect sex workers everywhere.

In other words, they show us what needs to change to build a more open society.

1. 43% of Chicago clients think a woman should do anything a man asks for if he pays for sex.

The fact that 47% of sex workers in Chicago have been raped by buyers and pimps is not as surprising, given the opinion mentioned above of nearly half of the clients. 55% of sex workers struggle with PTSD, while 42% had attempted suicide at one point in their lives.

2. 84% of sex workers are survivors of sexual abuse in childhood.

These sex worker statistics become even more worrying when we realize that 33% of girls trafficked for prostitution were between the ages of 11 and 13. The typical age when girls are introduced to sex work and become involved in it is 15.

3. Around 14% of men aged between 18 and 75 reports paying for sex sometime in their lives.

How those buyers feel about sex workers is a different story, with 50% openly showing contempt towards them in prostitution chat rooms. Women are often referred to as merchandise and meat.

4. 95% of pimps used coercion or threats of violence as a means of prostituting women.

According to the same statistics on prostitution, there are different forms of coercion pimps turn to when finding new employees. 74% use economic coercion, while 57% use psychological coercion. Moreover, 42% of pimps resort to chemicals and 12% turn to physical or sexual violence.

5. There are 92% of active and frequent buyers of online sex in the US.

Disturbingly, though, the average verified age of women prostituted online is 16. More specifically, the real age of advertised ages online was between 14 and 18. Ages between 18 and 26 are most often advertised, though.

Although often frowned upon, the sex industry is just like any other industry out there — it has its rules, collects revenue, and searches for new markets. Let’s look into some of the available numbers and demystify this industry.

Some pimps accept other forms of payment, though. 9.7% accepts credit cards, while 4.2% even accept drugs. 2.8% will also take merchandise as payment.

7. The underground commercial prostitution revenue ranged from $39.9 million to $290 million in several cities across the US.

These prostitution rates were noted between 2003 and 2007 in Denver, Miami, San Diego, Seattle, Dallas, Atlanta, and Washington DC. In the span of those 5 years, the size of the underground commercial sex revenue shrunk by 34% in all but two cities—Seattle and Atlanta.

8. Prostitution is illegal in Sweden, meaning that sanctions apply to both the seller and the buyer.

Other European countries that have taken the prohibitionism model are Lithuania and Romania. Countries where the abolitionism model is present include Finland, Spain, France, the UK, and Italy. That means prostitution is legal, but organized activities like brothels aren’t. It also means that prostitution is not regulated.

Regulations are present in Germany, Austria, and Latvia, among others. Both sex worker legislation and regulation exist in these countries.

In Beijing, the average cost is between $100 and $400. The flat rate for brothels in Germany is $65, while that rate is $68 in Amsterdam. In Turkey, VIP service costs $500, while sex with a non-virgin in India can go as low as $1. Sex with a virgin in India is much more expensive, though, with the average rate equaling up to $1000.

10. According to sex work demographics, almost all prostitution clients in France are male.

Out of the 99% of men who visit prostitutes, 41% are married. The US visits are significantly less frequent, with only 9.1% of men stating they ever paid for a prostitute. 10.000 men in Israel visit prostitutes monthly, while 80.000 men are sex trade customers in Bali.

11. 186 billion dollars were spent on prostitution, according to prostitution statistics worldwide.

What are the rights of sex workers, if they have any? What are the rules they have to respect during work? These are just some of the many questions we’re about to answer.

12. 27.4% of pimps have rules against their employees using drugs and alcohol.

Pimps prefer women who don’t use hard drugs, as they are easier to manage and don’t pose a danger to themselves and others. Pimps do tend to tolerate alcohol and marijuana use, though. Also, 20.5% of pimps have rules about the clientele, and 19.2% have rules about communicating with other pimps.

Despite this, only 6% of pimps worry that their employees would be killed, arrested, raped, or infected with an STI. 36% of sex workers had abusive and violent clients, and 22% carried a weapon. To ensure their employees’ safety, 16% of pimps said they were armed.

The quotas employees are expected to meet daily range from $400 to $1000, depending on the week’s day.

Some pimps have a different method of motivating their employees to earn money. They tend to collect all their money at the end of every night, so the group starts the next day without any cash. If they want food or any other kind of necessity, they need to get out and work.

The same sex work stats note that 25% of children were either forced to work, forced into marriage, or forced into prostitution, making them modern slaves.

16. 10 pimps were arrested in New Orleans in Operation Cross Country in 2012.

Health care and medical issues are a major concern for all professionals in the sex industry. These problems range from addictions to HIV and STDs. However, these problems differ across the world and are mostly connected to the conditions and legality of sex work — here are some numbers.

17. Swaziland had a higher HIV prevalence among sex workers than the national average among the general population — over 70% vs. 27.4%.

Other African countries have the same problem. The prevalence of HIV among sex workers in Zimbabwe is around 45% for the same 27.4% national average among the general population.

Cote d’Ivoire was the least problematic African country, with the prevalence of HIV among sex workers being just a bit over the national average.

18. Only 7% to 17% of brothel and escort sex workers in Australia reported ever using drugs.

Even though the high-end sex work rates of drug injection are low, street-based sex workers’ situation is different.

Around 85% of prostitutes working on the street reported injecting drugs at one point in their lives. These sex workers were also much more likely to report mental health issues.

20. 80 to 90% of European and Central Asian prostitutes use condoms regularly.

These interesting statistics on prostitution indicate that the problem with HIV prevalence among sex workers doesn’t stem from them, but from the fact that they’re unable to obtain condoms. These high rates also indicate that sex workers are not only unopposed to condoms, but they actually prefer them.

21. Sex workers tend to hide their occupation when trying to access health care.

This happens because health care workers generally have limited training on sex issues. As well as that, the majority doesn’t agree that sex work is work. This means that they tend to judge and treat sex workers who ask for help poorly. As a result, many sex workers refrain from seeking help, delay treatments, or have to turn to private clinics for confidentiality, quality, and respect.

22. Aside from HIV, sex workers are vulnerable to health problems such as other STIs and hepatitis.

Chlamydia, syphilis, herpes, and HIV are all risks for the average sex worker. As well as that, evidence from studies and case series shows they’re at risk for rape.

Prostitution stats also point to the inability to access contraceptives, which often leads to having unsafe abortions, unsafe pregnancies, and complications with the baby.

Aside from the diseases sex workers may contract, they’re also more vulnerable to mental health issues, such as depression and suicidality. Surveys and observational studies also note that sex workers often suffer from PTSD.

Providing sexual services comes in many different forms, and stripping is one of them. Aside from prostitution and strip clubs, the sex industry also includes phone sex, cybersex, pornography, and other services related to sex.

The prostitution statistics above shed light on the past and current situation of sex workers. In some places, this marginalized group has managed to have their rights protected and obtain health care.

There’s still a long way to go so that sex work isn’t a means of survival, but a choice. It starts with becoming educated on the topic, keeping your mind open, and supporting the rights of sex workers.