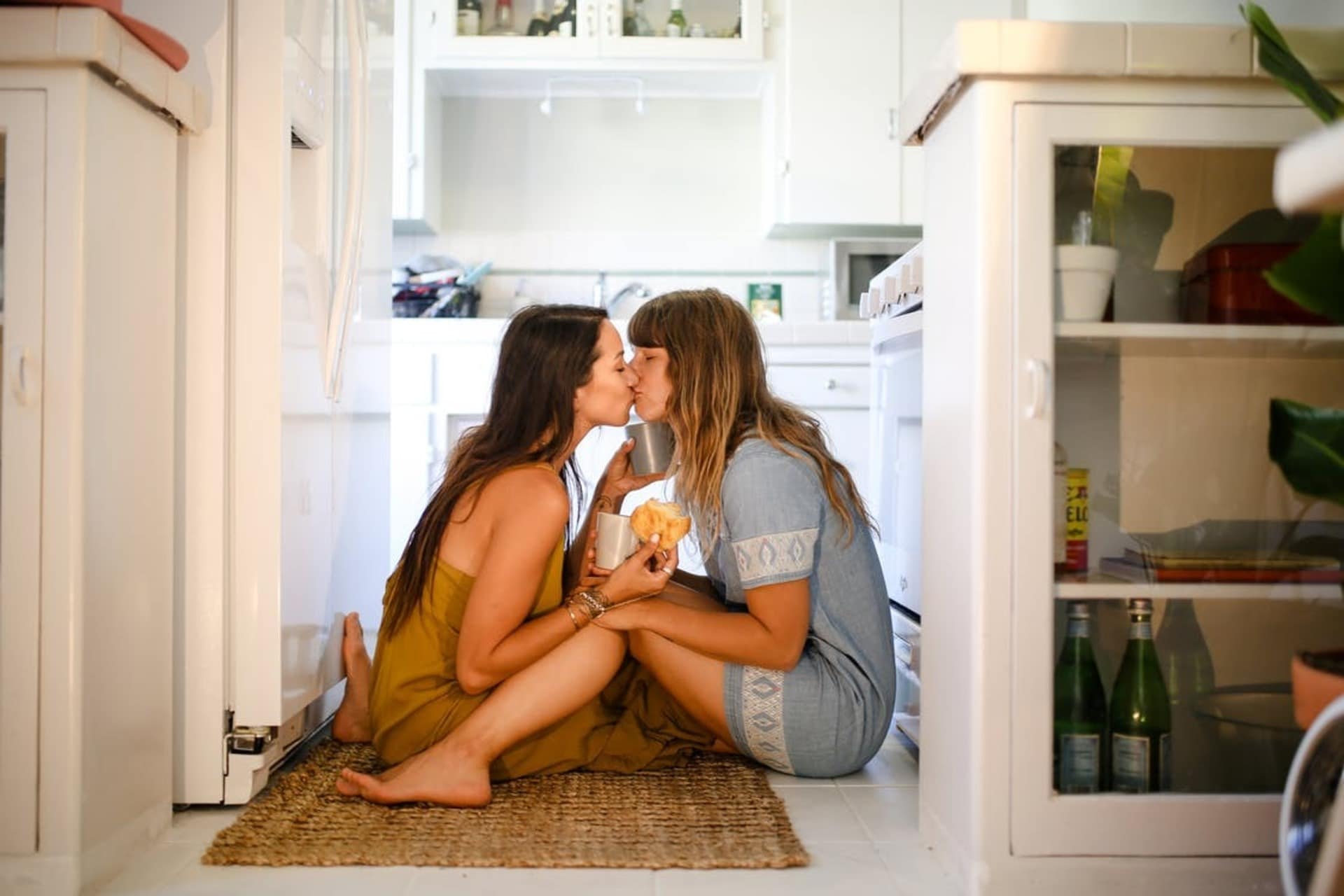 Bi Erasure: What Is It and Why Is It a Problem?

How many times have you heard that bisexual people are actually straight, but they just want to experiment? They’re confused. They’re lesbian or gay, but they haven’t come out yet. Bisexuality doesn’t exist.

Despite the many stereotypes surrounding this sexual orientation, bisexuality is real and valid. The number of Americans who identify as bisexual is increasing. However, bisexuality continues to be ignored and overlooked.

Things You Should Know About Bi Erasure

A bisexual person is sexually or emotionally attracted to more than one gender, sex, or gender identity. Even as the number of people who identify as bisexual increases, this sexual orientation continues to be played down and even erased by mainstream culture, which can have harmful consequences.

What is bisexual erasure?

Bisexual erasure means ignoring or dismissing bisexuality in history, culture, or media based on stereotypes. The prevailing is that bisexuality isn’t a fully-developed sexual orientation, but merely a phase before a person becomes gay or lesbian.

Also, if you ask your partner who is bisexual to “choose a side” in a way that reflects your relationship is ignoring their sexual orientation. When people lean into such beliefs, bisexual erasure is reinforced.

It happens when the legitimacy or existence of bisexuality is denied or questioned on a societal or interpersonal level. Bisexuals can feel the prejudices so profoundly that some will hesitate to identify themselves. That makes them feel like they’ve been erased, making them feel invisible.

Bisexuality and pansexuality are similar, but not the same. Pansexuality is broader than bisexuality since pansexuals may be attracted to people of all genders. We can simply identify pansexuality as attraction regardless of gender.

A bisexual person may have gender preferences when sexually connecting, whereas a pansexual person doesn’t care about gender but focuses on other aspects of a person.

As pansexuality becomes more visible, does it become a type of bisexuality erasure? The answer is no — there is room for both labels to exist without one discrediting or erasing the other. Even though these sexual identities are similar, they’re two unique labels.

People can better identify themselves by acknowledging both labels. People should use sexual orientation labels that make them proud of themselves.

Why bisexuality doesn’t exist in films?

We’ve seen more queer representation in TV and films over the years, which is fantastic! However, there is still a lot that TV gets wrong about bisexuality. It’s rare even to hear the word “bisexual.” It’s mostly implied or erased by the characters seemingly choosing a side.

Despite being the largest group in the LGBTQ community, bisexuals are underrepresented in TV and film. And when they’re represented, it’s frequently unsatisfactory. Of course, not all instances are problematic, but most films and TV shows represent bisexuality through infidelity and choosing a side.

A woman is in a serious relationship with a man, but she meets a lesbian, and they become romantically and sexually involved. Portraying bisexuals like lesbians or gays is how bi-erasure in TV is usually done.

TV shows that bisexuals are incapable of commitment, and if they’re committed — they’re prone to cheating on their partners since they’re secretly gay or lesbian.

The audience wants to see bisexual characters with a focus on something other than their sexuality. Unfortunately, seeing how bisexuality is portrayed in movies and tv shows is just another source of stigma.

When the characters are in conflict with their sexuality, the people around them start questioning whether they’re gays or lesbians now — despite being in a relationship or a marriage with someone from the opposite sex.

Bi erasure in film usually happens when they imply that the character isn’t bisexual or gay, or lesbian. It’s just that they’re attracted to a specific person only! They portray bisexuality as a personal conflict that needs resolving.

What are the Health Consequences of Bisexual Erasure?

Bisexuality erasure is a form of stigma, and stigma is bad for both mental and physical health. A study published in 2017 showed that bisexual health is affected the most — bisexuals have higher rates of depression and anxiety than gay, lesbian, or straight people.

Bisexuals experience minority stress, which refers to experiences of discrimination based on stigma. For example, bi women are promiscuous, bi men are vectors of HIV, bisexuality is a phase are some of the negative stereotypes that can lead to poor mental health.

Bisexuals also feel anxious to come out, so they aren’t getting the needed support for the stigma they face, resulting in loneliness and even depression.

Bisexual invisibility and erasure are among the main potential contributors to mental health disparities. So, it’s essential to fight back against this problem. If bisexuals don’t feel invisible, the isolation they experience can be reduced, diminishing rates of mental health issues like depression.

For example, the doctors may not offer counseling about sexually transmitted infections or birth control to a bisexual woman who is in a relationship with a woman but has sex with men.

That is because people immediately assume that she’s a lesbian, meaning she isn’t at risk for STIs or pregnancy.

A 2018 study found that bisexuals are more likely to experience specific health problems, like arthritis, obesity, and gastrointestinal issues. The study included people with different ethnic/racial backgrounds and sexual orientations.

In addition, bi men may have cardiovascular disease, high blood pressure, and high cholesterol, while bi women may have poor health and quality of life.

The bi-shaming needs to stop. If someone has a different-gender partner, it doesn’t mean that they’re heterosexual. We should all examine our assumptions and educate ourselves about bi people. We should try to reduce stigma and increase the acceptance of bisexuals.

If you’re bisexual, improve your health by connecting with people who support your sexual orientation.

Also, other bi people will understand the best the bi-erasure meaning and impact on your life. It’s also important to be honest with your mental health provider or doctor about your sexual orientation to get the proper care.

Before she started writing, Nina obtained a bachelor’s degree in English language and literature. Nina is a language aficionado with experience in writing and teaching, so she is always interested in learning more. Her articles are well-researched, intriguing, and captivating, thanks to her thirst for knowledge. Traveling and wandering around new places is a favorite activity of hers, while in her spare time, she loves to cycle by the lake, read books, and watch TV shows with a glass (or two) of wine. 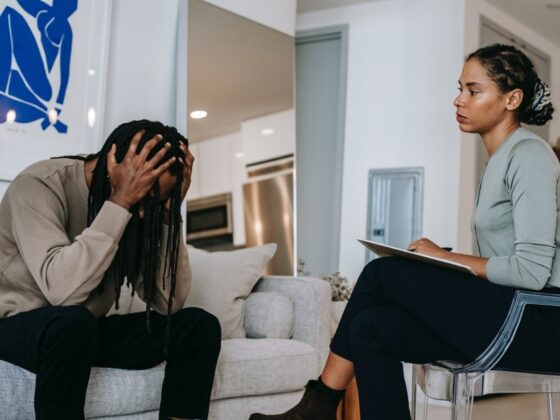 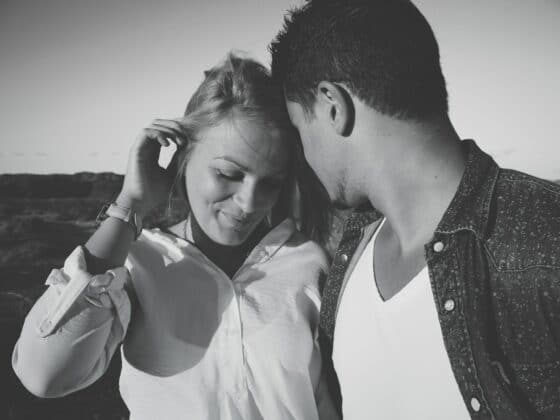