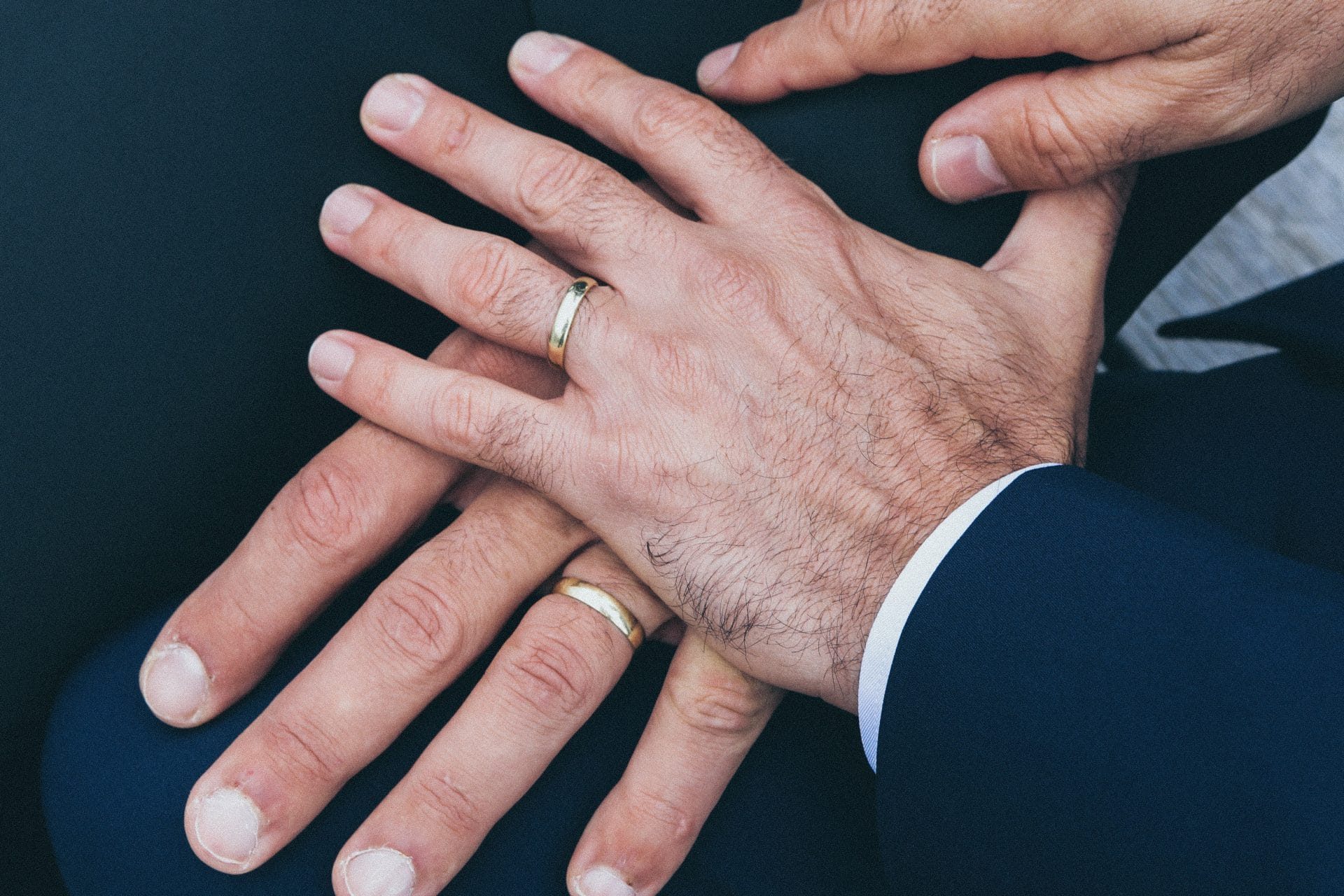 While it may be unbelievable we’re still discussing someone’s right to love in 2022, the facts indicate that awareness-raising is still necessary. Same-sex marriages are still illegal in countries around the world, and even if they are legal, gay couples still face discrimination.

Even though gay marriage is legal nationwide, there are plenty of countries that do not let two men or two women tie the knot. To help enlighten readers, here are the most recent gay marriage statistics, and its status locally and globally.

Basic Gay Marriage Statistics in the US

After years of discrimination and advocating, America legalized same-sex marriages in 2015. Since then the support and acceptance of these unions are growing nation-wide. Here are some numbers about marriage to celebrate that fact.

For those of you wondering when was same sex marriage legalized — on June 26 in 2015, the U.S. Supreme Court issued a landmark decision for all citizens belonging to the LGBT community. On this day, same-sex marriage became legal nationwide, including the 14 states that previously did not allow same-sex marriages to take place.

3. Gay marriage supporters statistics indicate that 61% of Americans are in favor of same-sex marriage.

This doesn’t seem like much at first, but we did come a long way as a society. Back in 2009, 37% of adults living in the United States were found to be supporting gay marriages.

4. 79% of Americans who are not religious support same-sex marriage.

In contrast, the statistics on same-sex marriage in the USA reveal that 66% of white mainline Protestants and an impressive 61% of Catholics support gay marriages. However, a mere 29% of white evangelical protestants are supporters.

Even though the support for gay marriage has shown impressive growth in the last 15 years, the stats on age gaps show that 45% of adults born in the Silent Generation (between 1928 and 1945) support gay marriage.

In addition, 75% of Democrats support it, compared to 44% of Republicans.

6. 61% of same-sex couples are married, according to recent statistics about gay marriage.

One in 10 Americans who belong to the LGBT community (10.2%) is married to a partner of the same sex. Just months before the high court’s decision, the percentage was 7.9%.

7. There are about 94,627 same-sex households in the United States with children, of which 72.8% are biological.

Furthermore, the stats show that 6% of these same-sex households have only adopted children, and 21.2% have a combination of adopted and biological kids. In comparison, there are over 22 million married and opposite-sex households with kids, of which 4.8% are adopted.

8. Same sex marriage statistics reveal that 46% of LGBT Americans believe that legal rights and benefits are important reasons for getting married.

And also, organizing a wedding can be a nerve-wracking fun experience you may need this year.

9. America is among the 29 countries and jurisdictions that permit same-sex marriage.

According to same-sex marriage facts, the Netherlands was the first nation to legalize homosexual marriage in 2000. After the Netherlands, other countries in Europe—such as England, Ireland, Spain, and Austria—legalized it.

Although a lot of people consider this to be a basic human right, the fact is that same-sex marriages are illegal in many parts of the world. Here is what people think of it in countries around the world.

10. 58% of Italians believe that gay marriage should be legal throughout Europe.

Furthermore, a 2018 Italian survey reveals that 43% of respondents believe that the civil partnership law represents vital progress in achieving equality in gay rights. In fact, civil unions have been recognized by law in Italy since 2016.

11. When it comes to gay marriage in the world, statistics show that more than 50% of surveyed Spaniards support gay marriage.

The survey from 2019 had 1,500 participants who were 18 years old or older. On the other hand, 21% of the Spaniards who participated in the study believe that homosexual marriages are unacceptable.

12. As of 2019, Taiwan became the first Asian nation to legalize marriage among same-sex couples.

According to recent same-sex marriage facts, over 2,000 gay couples have married since Taiwan legalized gay marriage in May 2019. After hearing the joyful news, thousands of gay rights supporters celebrated outside the parliament in Taipei.

13. According to gay marriage and divorce statistics, 30% of lesbian marriages end in divorce within a decade.

In comparison, only 15% of marriages involving two men end in divorce in the same timeframe. Hence, a Statistics Netherland study concluded that lesbian married couples are more likely to end in divorce.

14. Countries such as Saudi Arabia, Iran, and Sudan punish gay people with the death penalty.

According to sources, different activities that could be labeled as “gay” are highly illegal in 71 countries. These countries operate under Sharia law, and some of the punishments include banishment or 100 lashes.

15. The number-one most dangerous place for members of the LGBT community is Nigeria.

According to gay marriage facts, due to penalties including 14 years in prison and even death, Nigeria is the most dangerous country for this group. Also, the Same-Sex Marriage Prohibition Act of 2013 in Nigeria has led to increasing rates of violence against the gay community.

16. The safest country for LGBT travelers is Sweden.

Same-sex marriage was legalized in Sweden in 2009, and this country has organized more Pride festivals per capita than any other country in the world. In general, all Scandinavian countries are known for their liberal attitudes and friendly people.

17. Gay marriage statistics and facts reveal that the first Pride parade was held on June 28, 1970.

In 2019, Pride marked the 50th anniversary of the famous Stonewall Riots, commonly considered the starting point of the gay rights movement.

The first parade was organized the following year, meaning that 2019’s Pride Parade was the 49th one in history. The Pride Parade started on Washington Place and moved up Sixth Avenue, finally ending in Central Park.

The Statistic About Gay Marriage and Adoption

If there is one topic more controversial than the same-sex marriages, it’s adoption rights for same-sex couples. And while some couples opt for voluntary childlessness, gay couples are stopped from having any other option at all. Here’s how people feel about it.

18. 48.1% of people in Singapore who have secondary education or lower believe that same-sex couples shouldn’t adopt.

These gay marriage statistics conducted in 2019 in Singapore involved 4,015 respondents aged 18 and older, and it analyzed the beliefs of the respondents by educational background.

In comparison, 23.5% of the respondents with a bachelor’s degree or higher claimed that adoption is a good choice.

19. 62.5% of Christians in Singapore believe that gay couples should not adopt.

According to the gay marriage adoption statistics taken from the same survey in Singapore, more than half of the Christians and Muslims surveyed were against adoption in a gay household. In fact, 60.1% of Muslim respondents were against it.

Meanwhile, 21.7% of the respondents who were not religious believed the same thing.

20. 64% of gay men in France do not plan to have children, according to gay marriage statistics.

A survey involving around 994 adult gay men in France found that only 7% of them intend on having kids within three years. Unfortunately, the head of the adoption service in northern France, Pascale Lemare, reported that homosexual couples are more likely to be left with children who are either “atypical” or ill.

22. 76% of Polish survey respondents reject the possibility of granting gay couples the right to adopt kids.

A 2019 survey analyzing the opinions of Polish society about the demands of LGBT groups included around 1,100 respondents. 55% of the respondents didn’t support same-sex marriage, and 46% were repulsed by the idea of a same-sex partnership.

23. According to same sex marriage statistics, 52% of survey respondents in the United Kingdom generally approve of gay men adopting children.

The survey analyzed the answers of 1,683 respondents and found that 32% generally disapprove of gay men becoming parents either through adoption or using surrogate mothers. Also, 16% claimed that they are unsure about how they feel about the matter.

If you still haven’t found the one, maybe you should check these gay dating sites, as the stats show that they are quite successful in bringing people together.

Even though there are millions who believe that homosexual marriages are wrong and that gay couples shouldn’t adopt, there are also many who believe the opposite—and the numbers supporting them are growing.

Hopefully, these gay marriage statistics helped you look objectively at the realities of this matter.

Most importantly, and we cannot stress this enough, everyone deserves to be loved and to love whomever they choose, no matter their sexuality. If you enjoyed this article, please leave a comment below with your thoughts! 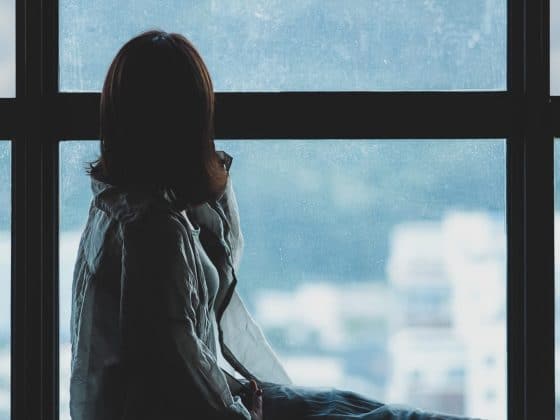 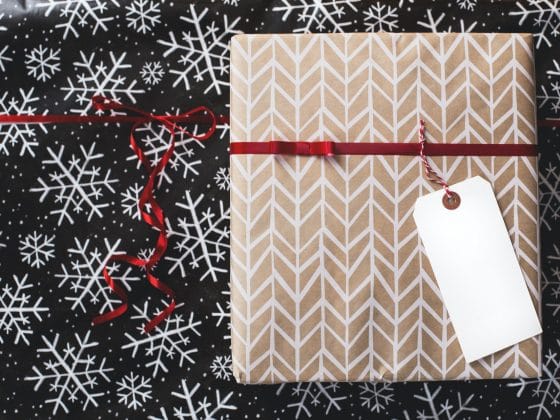