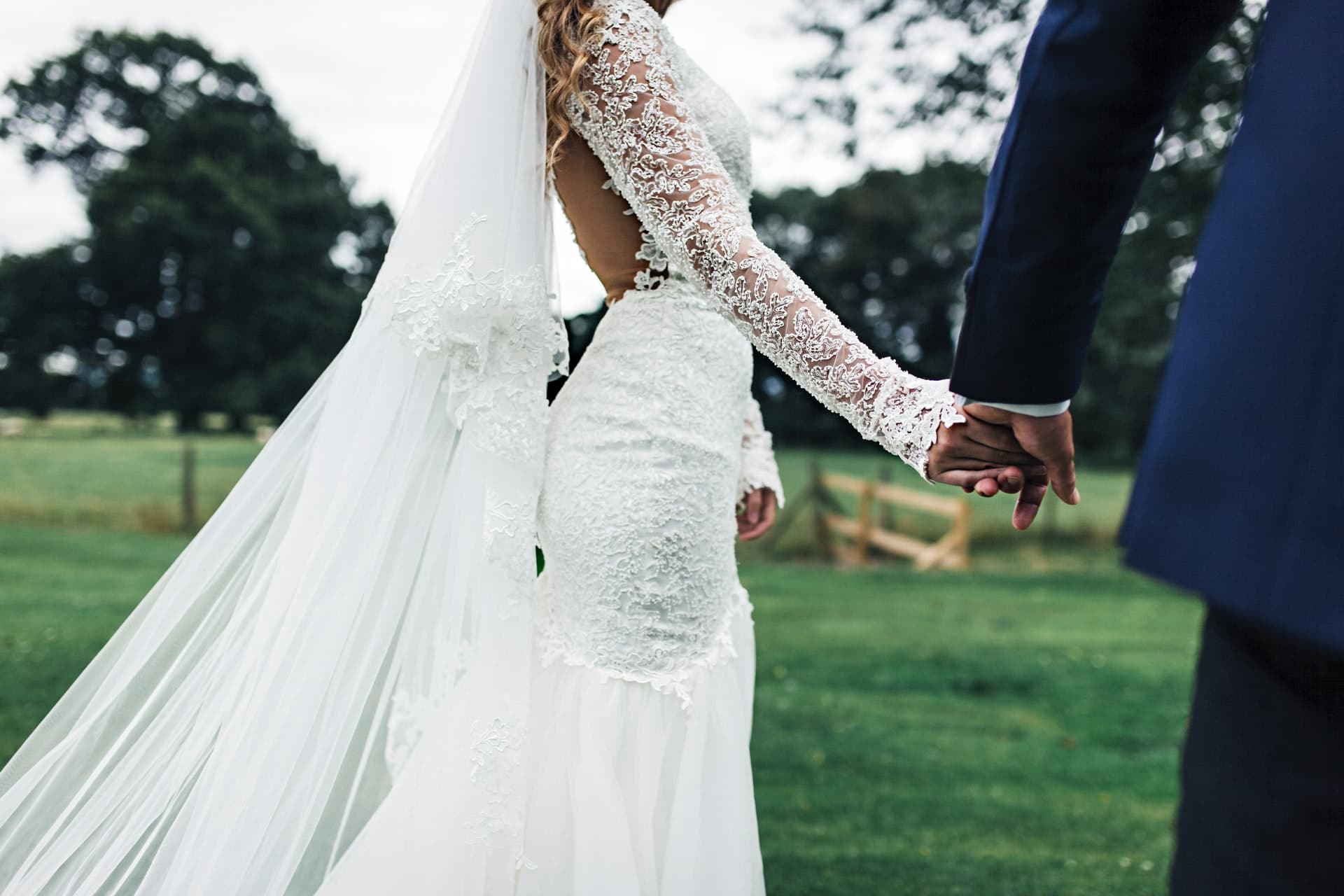 The Average Cost of a Wedding – 15 Stats for Newlyweds

Most weddings are far from cheap, and that is no lie. Still, even with this knowledge, wedding statistics and facts never fail to surprise us. For example, did you know that in 2019, the average cost of a wedding in the US exceeded $33,000?

But what is it exactly that costs so much? Well, the answer depends on a given couple’s preferences, since deciding on what you want to make part of your wedding day is nothing but a personal decision. However, we’ve done some research trying to answer that question. Here’s the info it led us to.

1. Among couples opting for a higher wedding cost, the divorce rate also seems to be higher.

Emory University’s divorce stats suggest that the amount of money a couple spends on their wedding might be an indicator of their future marriage duration. Namely, in the sample of female participants, those who had spent $20,000 or more on their wedding were associated with increased divorce rates. On the other hand, men who’d spent less than $1,000 on a wedding ceremony were associated with significantly lower divorce rates.

2. When it comes to the average cost of a destination wedding, statistics suggest that $32,000 is the amount typically spent on such events.

The data was obtained from a survey which included 27,000 couples. The study involved both those who’d gotten married in the domestic continental destinations and those who’d gone abroad. Also, roughly 50% of those couples stated that one of the main reasons they’d chosen to have a destination wedding was because the given destinations were very special to them.

3. COVID-19 has forced a lot of couples to turn to co-called microweddings.

Since the number of people attending public gatherings has been limited, weddings have become different from what they were before the coronavirus outbreak. Taking the newly inflicted circumstances into account, it’s no wonder that the average cost of a wedding has been dropping. So, spending lavishly on wedding receptions has been replaced with a few alternatives.

Among the most popular ones are the so-called shift weddings (guests attending the wedding at different times) or microweddings (fewer than 50 guests). The latter are much more budget-friendly in comparison to traditional weddings. A couple would have to pay an average of $2,750 for a microwedding with up to 30 guests.

4. According to the wedding cost calculator, the five most expensive wedding elements comprise over 78% of all costs.

These include the venue (plus catering), engagement ring, wedding band, photographer, and decoration. On the other hand, the wedding cake, invitations, and wedding favors are among the least expensive elements.

It’s interesting that the price can often depend on the area. For instance, NYC’s wedding photographers charge between $2,500 and $5,000. California is also quite expensive, with average costs going as high as $4,700.

Though there are plenty of wedding photography styles, this is not what determines the price. It’s actually a given professional’s reputation and experience, since a lot of them raise their price year by year.

The prices of dresses typically range anywhere from $500 to $4,000. Still, it’s helpful to know that you can save a lot by ordering a machine-made dress and still have beautiful wedding attire if you’re creative enough.

Choosing a venue for your wedding is one of the most important decisions and it seems to be the most expensive one (unless you’re planning a reception at home). Most couples in the US spend anywhere between $3,000 and $11,000.

However, if we include menu cards, thank-you notes, etc., an invitation suite can end up costing $700. However, it can get even pricier, based on a variety of factors that determine the total price, such as paper quality and printing techniques. For instance, if you opt for engraved cards, get ready to spend as much as $2,000 per 100 invitation cards!

However, high-end prices reach $20,000 or more. What determines the price within such a wide range are primarily the hours of coverage. This will depend on the type of package you choose, but videographers usually film such events for 10 hours.

According to wedding cost statistics, the average catering cost in the US is about $4,000, though as we previously mentioned, couples often go even higher than that.

Catering prices vary significantly based on the wedding venue, the number of guests, and many other elements. Still, food is essential to a memorable wedding reception, regardless of where you’re getting married, so it’s probably the last thing you’ll want to save on.

It should be mentioned, though, that this number doesn’t cover honeymoon expenses, nor does it tell the whole story in terms of how much a wedding is likely to cost couples. The costs can vary substantially depending on the state, venue, type of wedding, various personal preferences, etc.

According to Zayed University’s research, weddings in the UAE often cost an entire fortune. Believe it or not, on average, they can spend over $185,000 altogether, the largest portion of which is usually paid by the groom.

Damien Arthur, associate professor at Zayed University, states that there’s a big reason for that. Couples from UAE spend lavishly on their weddings because of the social pressure to avoid criticism or bringing dishonor to their families.

The latest figures show that couples in the UK now spend about £16,005 ($21,935) on their wedding day, and that’s without including engagement rings and honeymoon expenses. Fun fact: last year, 40% of couples exceeded their budget, while only 4% managed to spend less than they’d planned.

15. Data on the average wedding cost by state shows that in 2020, Alabama was the cheapest state to organize a wedding.

Where you get married is actually one of the most significant factors determining how much money you’ll spend. Based on the average cost per guest, Alabama, Arkansas, and Kentucky were the least expensive states, with an average of $127, $128, and $129, respectively.

What’s the average number of guests at a wedding?

You might be wondering now whether a wedding with 131 guests is too big or not. Roughly speaking, a wedding attended by no more than 50 people is usually considered small, while an average one would imply 50–150 guests. A large wedding has more than 150 guests.

What is the most expensive part of a wedding?

According to stats, the five most costly wedding aspects are typically as follows: reception venue, engagement ring, band, decoration, and photography. These often make up as much as 78% of total wedding expenses.

How much should you spend on a wedding ?

If you want to know what the optimal minimum is, then you should know that spending $100 on a wedding gift is considered perfectly acceptable. Of course, nothing is carved in stone and everyone has to take their own financial situation into account when making such decisions. You absolutely shouldn’t feel pressured into spending enormous amounts on presents regardless of your financial abilities.

Preparing to walk down the aisle is a long process. It requires a lot of effort to research the price range of the individual wedding components and get the full picture of the average cost of a wedding. As you’re probably aware now, everything depends on the kind of wedding you’re planning to have. So, before you exchange vows, make sure you outline your actual budget and try to keep the costs within it.

Sanela has always found pleasure in studying linguistics and the way language forms modern-day human interactions. As she pays great attention to detail, she’s especially fond of written language, a powerful tool that lets her shape her thoughts into words as precisely as possible. Apart from this passion, she’s a devoted researcher of a wide variety of topics, ranging from health to human relationships. 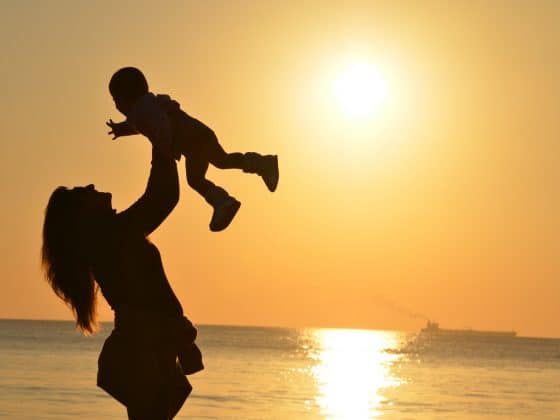 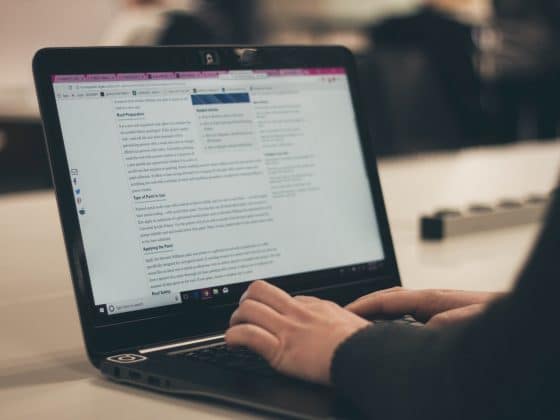 23 Blogging Statistics to Kickstart Your Business in 2022