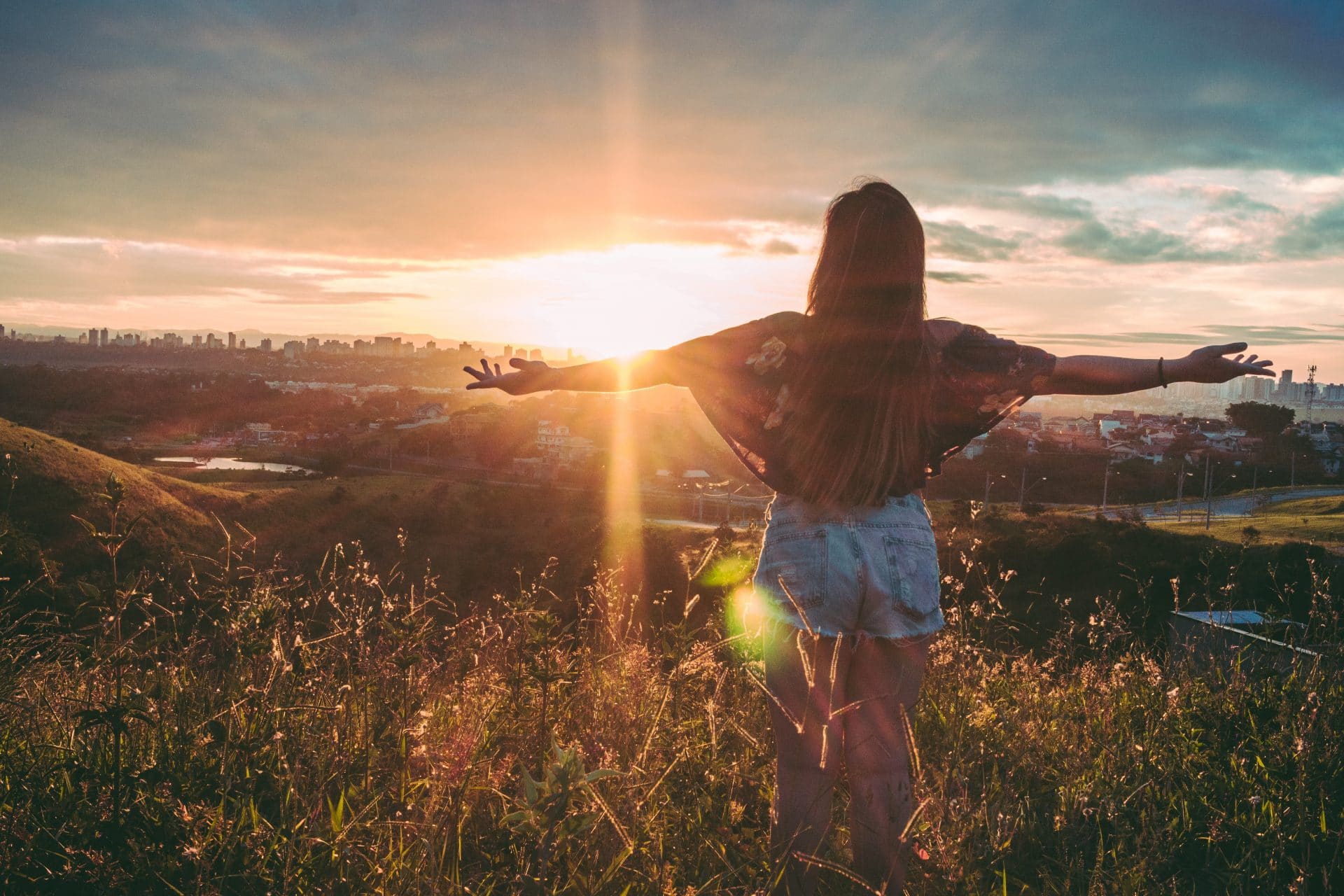 The Most Mind-Blowing Voluntary Childlessness Statistics for 2020

Voluntary childlessness, or being kid-free on purpose, may seem like an obscure lifestyle choice for some people, while it is completely normal for many others. It is a common misconception that people who choose not to have kids hate children. In fact, there are many reasons why someone may choose this lifestyle, including avoiding the cost of having kids, the lack of parental leave or available childcare, as well as the overhyped expectations of being a parent.

In this article, we have collected all of the most relevant voluntary childlessness statistics to show you the figures not only for the United States but also for many other countries around the world. Furthermore, we have also checked out the situation among couples that are married. Without further ado, here is everything you need to know about living without kids by choice.

Voluntary Childlessness in the U.S. Statistics

Due to the rising housing prices and the difficulty of parenthood in the urban world, more and more Americans are choosing to stay kid-free. Statistics for the United States reveal that since 2011, the number of infants born in New York has declined by 9%, and 15% in Manhattan. This means that it is highly likely that the infant population in Manhattan will halve in around 30 years.

The most recent data from the Centers for Disease Control and Prevention revealed that the lowest rate in more than 30 years was observed in 2017. According to Laura S. Scott, women are no longer constantly told by society to have kids. Celebrities such as Jennifer Aniston and Oprah Winfrey helped with dissipating the stigma related to not having children. Furthermore, Ellen Degeneres and Portia de Rossi are among the most famous childless couples out there.

4. A poll of almost 2,000 Americans revealed that the percentage of childless adults who did not want kids because they wanted more free time is 36%.

The poll also revealed that the participants were between the ages of 20-45, and 34% of them claimed they did not have a partner to raise a child with. A further 31% stated that they could not afford proper childcare. These statistics show that thousands of Americans are choosing to say “no” to parenthood due to lifestyle choices and financial stability.

These statistics reveal that the percentage of child-free marriages is increasing each year, compared to 2012, when around 29% of married couples were living alone. According to Jonathan Vespa, a researcher in the Census Bureau’s Fertility and Family Statistics Branch, there are plenty of smaller households and more people living by themselves in America.

6. Voluntary childlessness statistics reveal that 22% of childless women have a master’s degree.

It is important to note that the childfree movement among women who are highly educated is declining partly due to advances in reproductive technology. Nevertheless, overall, women who have obtained a higher education degree are more likely to choose a kid-free lifestyle. According to the Pew Research Center, 20% of women with an M.D. or Ph.D. are kid-free, while 19% with a bachelor’s degree only do not have children. Whereas, statistics on women who are childfree show that 7% of women without a high school diploma are kid-free.

7. 17% of Caucasian women are childless by choice.

8. 32% of women born in Hamburg, Germany, reach their 40s without any children.

Overall, in Germany, 22% of women reach their early 40s without having any kids. The situation is similar in different areas of Europe, such as England and Wales, where 9% of women born in 1946 had no kids. Another 17% of Welsh or English women who were born in the 1970s do not have any biological children.

9. Childless couples statistics in the UK reveal that 20% of British women in their 40s are child-free.

According to voluntary childlessness rates in the world, the United Kingdom comes in third. On the list, you can also find New Zealand, with 15%, and Sweden, with 13.4% of childless women. Experts state that British women are very goal-driven and are focusing more on improving their careers.

10. In Britain, about 90% of people belonging to the LGBT community do not have kids.

Even though same-sex couples can legally adopt kids since 2002, some still choose not to. In America, 40% of gay men and 34.5% of lesbians choose to be child-free. Additionally, the percentage of childless adults who are disabled is 85%.

11. The childlessness rates among women in their 40s are the highest in Spain with 21.6% and the lowest in Turkey with 4.5%.

The Australian Institute of Family Studies revealed that there are over 5 million families in Australia. On average, the Australian household size was 2.6 per 1,000 population in 2011. According to Anne Hollonds, it is believed that, in the future, Australian families will further shrink in size as more people will live without kids.

13. Childless couples statistics for Canada reveal that 15.2% of women over the age of 45 are childless.

However, the childlessness rates among women living in urban areas have shown a decline over the years, with 10.8% of Canadian women between the ages of 30-44 being kid-free. The findings do not include women who are sterile, as 10% of the population belongs to this category.

14. 54% of poll respondents think parents should go on vacation without their kids on special occasions.

According to the findings of a poll by YouGov, another 23% think that parents should go on child-free trips regularly. The perks of going on a child-free vacation include having more time for yourself, relieving stress, rekindling the romance between partners, and appreciating kids more.

15. Childfree stats and facts reveal that the Post Ranch Inn (California) and Hotel Wailea (Maui, Hawaii) are some of the most popular kid-free vacation getaways.

Single people, couples, or married people who want to take a break from children prefer kid-free resorts, such as El Dorado Maroma (Mexico), Sandals Whitehouse (Jamaica), and Beach Club Hotel (Australia). These resorts offer visitors the much needed “quiet time” and a chance to fully relax.

16. Among the baby boomer generation, the rate of people who are aging solo is nearly 20%.

“Solo agers” is a popular term that is applied to aging people who decide to ditch the idea of parenthood for good. Since the number of these “solo agers” is expected to increase, according to statistics on being childfree, it is believed that there will also be a higher demand for family caregivers.

17. Over 1 million child-free individuals who are over the age of 65 are at a higher risk of poor health and poverty.

According to the findings, these older individuals are at acute risk of loneliness, inability to access proper formal care, and isolation. In fact, it is expected that the number of older child-free people in the UK will double by 2030.

Many people falsely believe that childlessness and depression go hand-in-hand, but a study conducted by researchers from the Open University found that couples who are kid-free have a happier marriage. The researchers evaluated 5000 individuals of various different ages, statuses, and sexual orientations, claiming that childless individuals feel more valued by their significant other if they are kid-free. The co-author of the report, Dr. Jacqui Gabb, commented on the results of the study by saying that without the pressures of parenting, couples put more energy into keeping their relationship alive and booming.

Why do some couples choose to remain childless?

There are various reasons for voluntary childlessness. For instance, some people have always disliked the idea of having kids. Some may have been influenced by personal attitudes, childhood experiences, or other people with kids. Secondly, some do not like the way kids can alter people’s lives. Another common reason to stay kid-free is being closer to the partner and keeping the romance going. Additionally, the costs of parenthood may be too overwhelming for many, so these people decide to cut costs and avoid raising kids altogether.

All in all, these voluntary childlessness statistics reveal that choosing to go kid-free is becoming more common not only in the United States but also in the whole world. The top reasons why people are choosing to avoid parenthood are the desire for spontaneity, freedom, autonomy, and the ability to travel anywhere. Lastly, we believe that everyone has the power to choose what is right for them, even if this means deciding to go kid-free.

32 Worrisome STD Statistics You Ought to Know in 2020 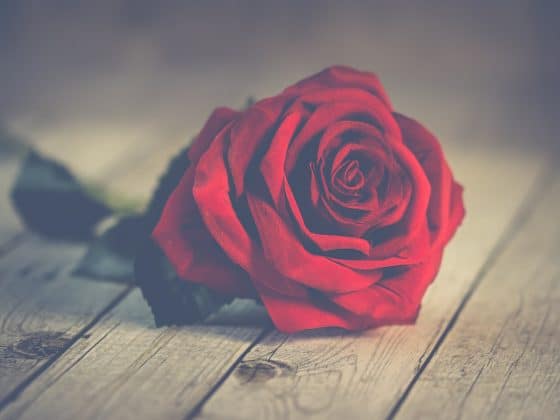 18 WhatsApp Statistics To Keep You Connected in 2020

24 Bold Coffee Statistics To Top Off Your Cup

Relationship Green Flags That Show You They’re The One