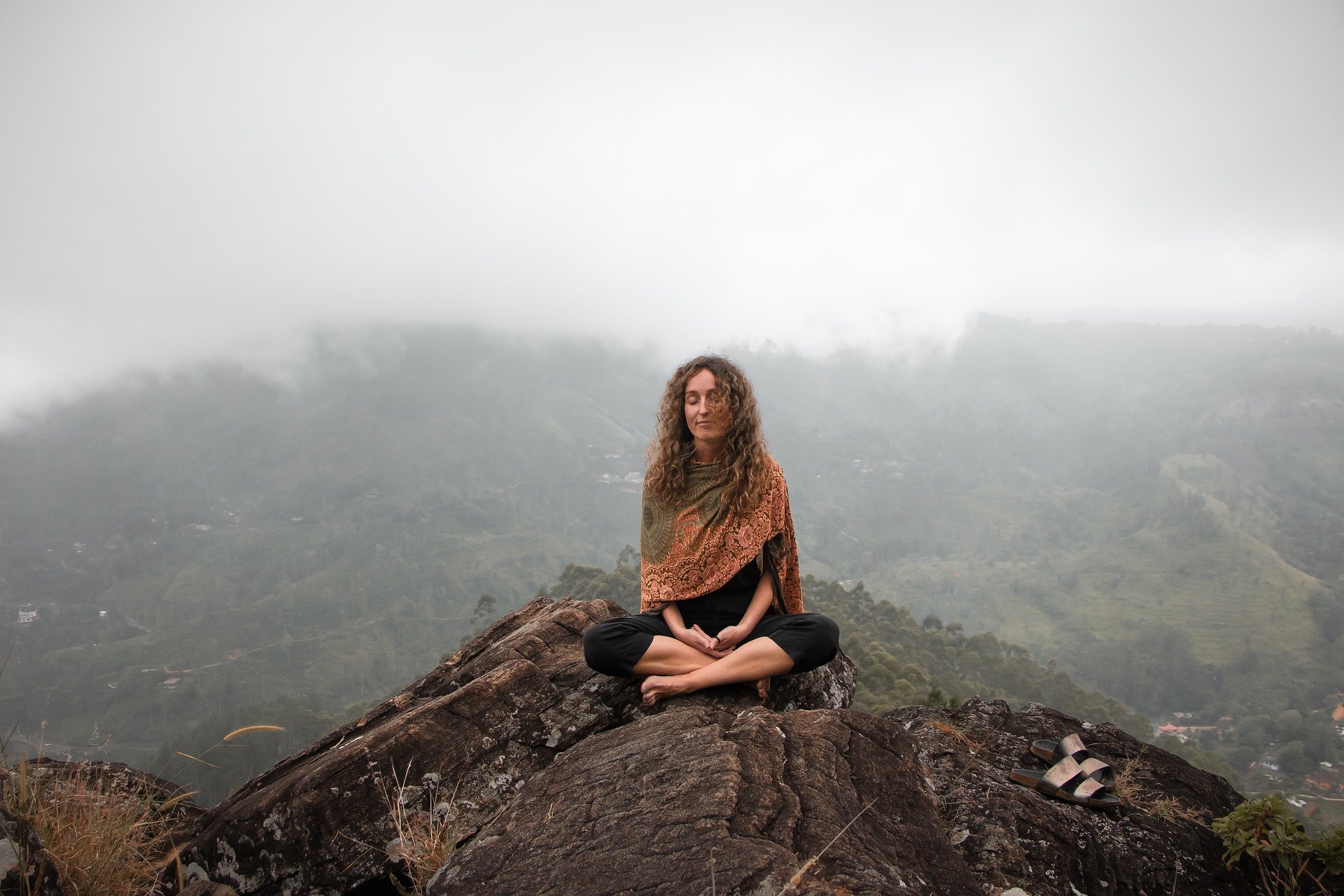 Top 24 Mindfulness Statistics To Be Fully Aware Of

Nowadays, everyone is raving about meditation and mindfulness. But, have you ever asked yourself why mindfulness is so popular, especially now when we’re in the middle of the pandemic? And what do the mindfulness statistics say about this holistic practice?

Our definition of mindfulness is being completely aware of something and fully immersed in the present moment. Meditation is the first step towards becoming more mindful and aware of your surroundings and your thoughts, feelings, and beliefs.

It is crucial to be aware of these things, as when you are in harmony with yourself, you are able to take full control of your life.

If you’d like to know what the latest and the best mindfulness statistics have to say about this spiritual practice, keep reading.

Statistics of People Practicing Mindfulness You Should Know in 2021

Looking as an outsider, you might find meditation somewhat mystical. That’s why we’re here to help you out and teach you the basic facts and numbers on this ancient practice, so you can start doing it yourself as soon as possible.

According to the latest facts, the number of individuals practicing meditation and mindfulness has tripled since 2012! This increase is definitely a good thing, as this indicates that more and more people are taking care of their mental health.

2. How popular is meditation? More than 14% of adult citizens in the United States have tried meditation at least one time.

Another interesting fact is that, in the United States, meditation is almost as popular as yoga. According to research from 2017, the second most popular practice that involves the “mind and body” is meditation (14.2%), followed by chiropractic treatments (10.3%).

When talking about meditation facts and statistics, 12% of men meditate and practice mindfulness, compared to 16.3% of women.

According to Rahil Rojiani, co-lead author of a Brown University study on meditation, mindfulness may help women decrease negative emotions like guilt and nervousness, and it can help them become more self-compassionate.

4. In 2017, around 5% of kids in the United States were meditating and practicing mindfulness.

The benefits of mindfulness are evident not only in adults but also in children. For example, it helps kids respond to stress before they start having tantrums.

Although many parents believe it is difficult to teach a child to meditate, in reality, it is easier than most people think.

According to Lorraine Murray, the author of  Calm Kids: Help Children Relax with Mindful Activities, kids are typically more willing to try new things, such as meditation, than some adults.

According to statistics on mindfulness, the highest percentage of people who meditate is between the ages of 45 and 64, compared to the percentage of 18-44-year olds and people above the age of 65 (both 13.4%). All in all, this holistic practice is widespread across all age groups.

Meditation in Schools Statistics and Facts

By helping our brain, meditation has a direct effect on school and the performance of both students and teachers — let’s find out how.

6. Students who practice mindfulness and meditation can focus better in school.

7. Meditation for health stats shows that 90% of educators who practice mindfulness report lower stress levels, according to a survey.

According to the results of a survey that looked into educators and students who have taken the Mindful Educator Essentials and Mindfulness Fundamentals training, 82% of educators who meditate connect better with students, while 80% are able to deliver their curriculum with more ease.

8. Meditation stats reveal that 89% of students who meditate have improved emotional regulation.

The same survey results found 83% of students who meditate and practice mindfulness report improved focus, while 79% claim to be more engaged during their classes.

9. Teens who attend an intensive meditation program for only one week can achieve the same results as teens who spend less time on meditation over a few weeks.

According to meditation instructor Jessica Morey, a meditation retreat can help teens by immersing them in the environment.

Furthermore, meditation and mindfulness helped improve the overall grade score, cooperation, and work habits of inner-city middle school students. Not only that, but their absences also decreased.

Meditation and the Brain

How does meditation affect the brain? What are the benefits of meditation? These are just some of the questions which are crucial for our decision to choose meditation as a lifestyle — and here are the answers.

Open-monitoring meditation focuses on the person’s feelings, sensations, and thoughts present in that moment.

According to Leiden University’s research in the Netherlands, people who practiced open-monitoring meditation performed better on tasks that required them to come up with new ideas.

Unlike them, people who practiced focused-attention meditation didn’t display any significant signs of improvement in terms of creativity.

12. One of the benefits of meditation is having better memory recall.

According to Catherine Kerr, a researcher at the Martinos Center for Biomedical Imaging and the Osher Research Center, individuals who practiced mindfulness had an easier time ignoring distractions, which is also why they displayed higher productivity levels than those who did not meditate.

13. Meditation is linked to greater amounts of gray matter in the brain’s frontal areas and the hippocampus.

According to mindfulness meditation stats, more grey matter in the brain may lead to longer-lasting emotional stability, better focus, and more positive emotions. Not only that, but meditation is also shown to reduce the decline of cognitive functions due to old age.

The medical benefits of meditation have been familiar for so long that they already became a fact. From anxiety and insomnia to blood pressure and cancer, meditation will help its practitioners. Keep reading to find out how!

14. Meditation can help reduce stress and anxiety while enhancing self-esteem and mood in individuals suffering from lung cancer.

When talking about statistics on meditation, relieving stress is one of the major benefits of mindfulness.

Research has shown that mindfulness-based stress reduction (MBSR) and meditation may help reduce depression, pain, stress, and anxiety in people with lung cancer.

Another study supported by NCCIH suggested that mindfulness training could reduce inflammation induced by stress.

15. 80% of hypertensive patients who meditate consistently have decreased medications and lowered blood pressure.

According to this statistic on meditation by Mind/Body Medical Institute, 16% of hypertensive patients were able to stop taking their medications entirely. Not only that, but these phenomenal results lasted a minimum of three years.

16. 100% of patients suffering from insomnia reported improved sleep after taking up meditation.

According to the Mind/Body Medical Institute’s same clinical findings, 91% of insomnia patients have either reduced sleeping medication use or completely eliminated it.

Meditation and mindfulness also help women who have fertility issues; according to the clinical findings, infertile women who meditate also have a 38% take-home baby rate. Furthermore, they display decreased levels of anger, anxiety, and depression.

The results were derived from a study dealing with mindfulness statistics and therapy and its effects on cholesterol levels in patients struggling with high cholesterol. Based on these results, meditation significantly decreases cholesterol levels compared to matched controls over eleven months.

According to research that analyzed 198 independent treatment outcomes, meditation and mindfulness displayed a larger reduction in alcohol, tobacco, and illegal drug use than either prevention programs or standard substance abuse treatments such as relaxation training and counseling.

20. The mindfulness and meditation industry raked almost $1 billion in 2015.

How much is the mindfulness industry worth? According to research conducted by IBISWorld, the industry of mindfulness and meditation is booming. Currently, revenue comes from almost 1000 mindfulness-related apps, such as Headspace.

Headspace is a meditation app that works as a guide to mindfulness in everyday life. The app allows you to learn mindfulness skills from professionals, such as the co-founder of Headspace, Andy Puddicombe.

22. The number one app trend of 2018 was mindfulness/wellness apps.

According to Apple, users are increasingly interested in the most popular meditation apps, such as Headspace, Calm, Serenity, and Simple Habit. Based on this fact, the meditation market is rapidly growing, and money is to be made, especially when it comes to products that make meditation more accessible to the larger masses.

24. Americans can learn meditation and mindfulness via a wide array of products and programs.

Taking up meditation and practicing mindfulness is very accessible to people. Currently, there are tons of apps that help users learn this holistic practice. Furthermore, DVDs, videos, books, and online courses are available for those interested.

Even though mindfulness and meditation are holistic practices that still need to be researched, many meditation studies have shown that they do positively affect the health of humans.

What are the 3 types of meditation?

Lastly, concentrative meditation is when the meditator is completely focused on just one thing, which can be a sound, a term, a mantra, an object, or even a specific thought.

Can meditation be dangerous?

Believe it or not, there are cases when meditation can be harmful and even dangerous. According to one Brown University and University of California study from 2017 that examined the experiences of 60 people practicing meditation, the practice can have some negative side effects.

The results showed that meditation can affect the emotions of the participants, as well as their social interactions, sense of self, and sensory perception. Not only that, but some of the study participants reported experiencing a total loss of motivation, hallucinations, and memories of different traumatic events.

As with everything in life, meditation also has its ups and downs. Hence, the only way you will find out whether meditation is right for you is by trying it out.

What does meditation do to the human body?

On the brighter side, meditation also has heaps of health benefits; it can benefit your physical and mental health. According to facts, the relaxation response that a person gets from meditation helps in lowering blood pressure, improving heart rate and brain waves, boosting your breathing, and decreasing your metabolism (which is beneficial for people trying to lose some extra weight).

Meditation is a lovely holistic practice we genuinely recommend to everyone, especially to our readers who are under stress and looking for an all-natural way to relax.

Hopefully, these mindfulness statistics were eye-opening, and we managed to answer your questions about the topic. If you have any further questions, please leave a comment below, and feel free to share this article with others who might find this topic interesting. Have a beautiful day! 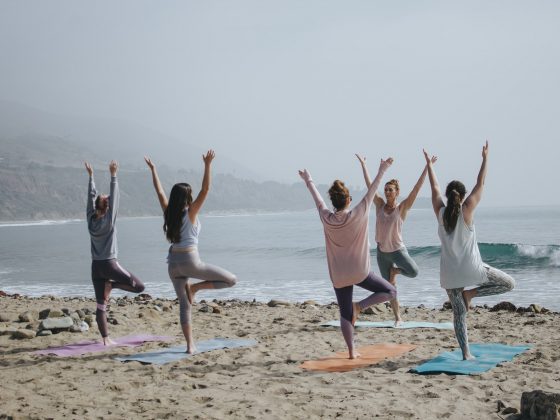 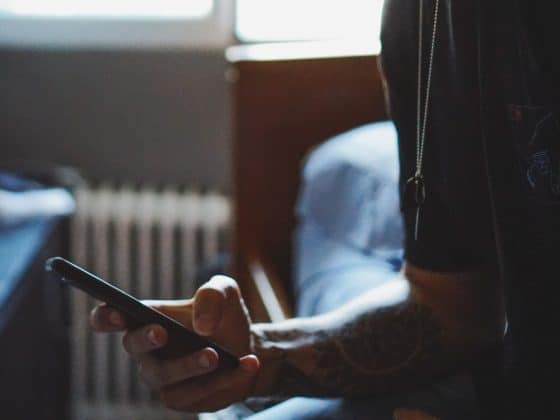 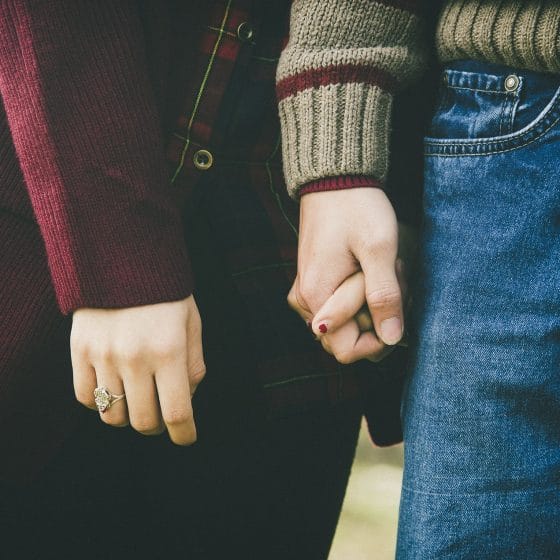 Have a Healthy Relationship – How to Stop Being Codependent 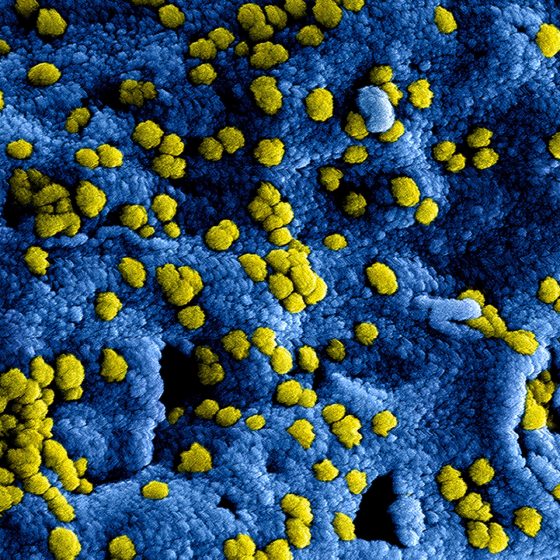 32 Worrisome STD Statistics You Ought to Know in 2021 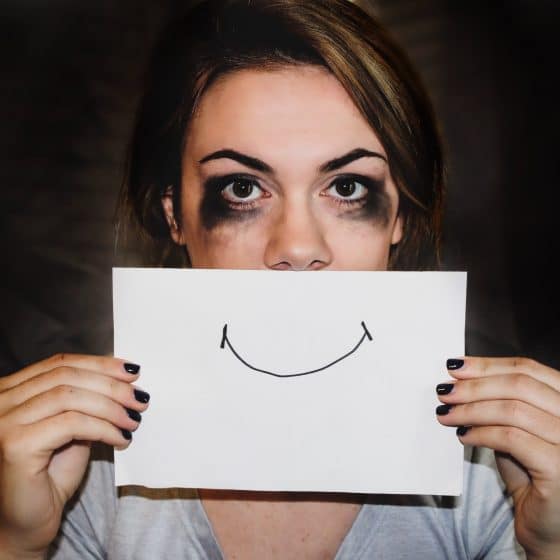 The 14 Most Important Snapchat Statistics for 2021 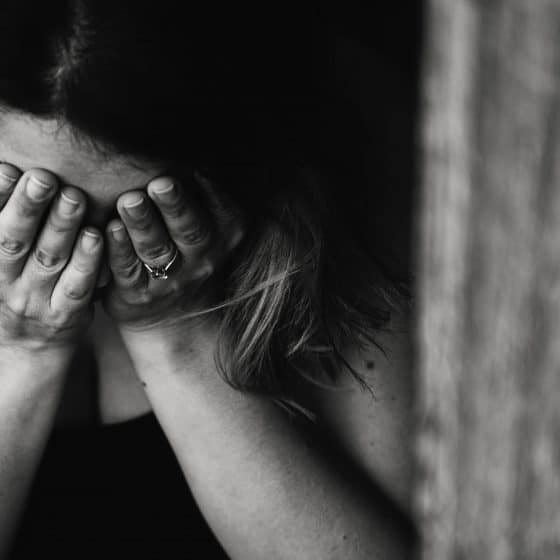