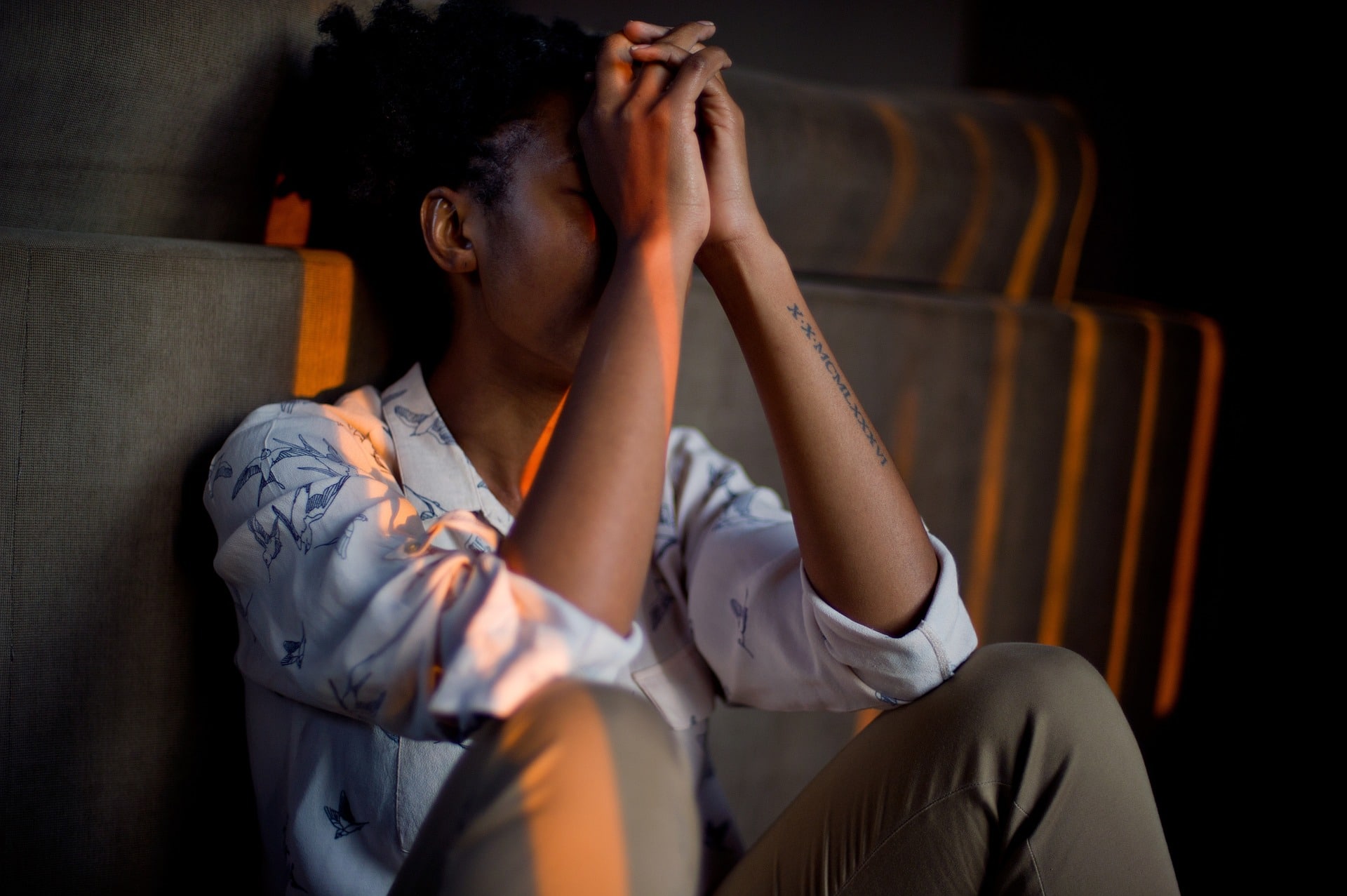 We’ve all felt the mercilessness of stress at some point in our lives. Many of us even face it pretty much constantly. It has an enormous impact on both our physical and our mental health. High levels of stress can lead to illness, mental health issues, or stop us from achieving our goals.

The stress statistics and facts gathered here show how prevalent this issue really is. You can find data on the most common stress factors today, what kind of impact stress exactly has, and more.

COVID stress has led to almost half (49%) of the adult population noticing its negative effects on their behavior. Around 21% of people report greater tension in their bodies, around 20% get angry more quickly, 20% suffer from mood swings, while 17% claim they even yelled at loved ones.

The Gen Z age group is enduring the greatest amount of stress at the moment (more about this in our FAQ section). APA has stress management advice on how to help this generation deal with anxiety and current issues.

3. Mental health statistics show that around 20.6% of US adults suffer from some sort of mental illness.

The holidays can be rough. People work hard on preparing everything, maybe they’re forced to interact with inlaws they don’t necessarily get along with, not to mention the financial strain of shopping sprees. Holiday-related stress also leads to poor concentration and work performance, low productivity, low job morale, shorter tempers, exhaustion, muscle aches, loss of appetite, and upset stomach.

6. A third of teens report feeling depressed and overwhelmed due to stress.

Teenage stress facts are generally grim. Around 31% of teens feel overwhelmed, and 30% feel sad, all due to stress. Furthermore, 36% of teens feel tired, and about 23% skip their meals.

More precisely, data from 2010 showed that 28% of women endured high levels of stress, eight percent higher than the percentage of men. Furthermore, 49% of women and 39% of men reported that in the preceding five years their stress levels had further increased.

8. Men are more stressed out by work, while women are more worried about finances.

9. Around a third of married women (33%) reported high stress levels in the month preceding APA’s survey.

That percentage was lower with single women—22%. Furthermore, 56% of married women claimed their stress levels had increased in the preceding five years, compared to 41% of single women sharing that sentiment.

10. Around 70% of students suffer from stress caused by school-related obligations.

Homework stress statistics show that less than 1% of students don’t feel any stress when it comes to their homework, while 56% of them see it as their primary source of stress.

Furthermore, research from 2013 established that about 80% of students suffered from at least one of the following stress symptoms:

11. COVID stress syndrome is a real cluster of symptoms caused by the pandemic.

12. America’s in the midst of a severe mental health crisis.

While it remains to be seen what stress statistics for 2021 will show, the situation seems quite disheartening at the moment. The American Psychological Association claims that the US is facing a mental health crisis so severe that there will be long-lasting consequences, both socially and healthwise. They also state that the COVID-19 pandemic has had a serious impact on America, an impact that will remain for the foreseeable future.

Stress levels are on the rise, primarily due to COVID. However, one significant stress factor witnessed a drop in 2020. Namely, the number of people claiming mass shootings are a great source of stress lowered from 71% in 2019 to 62% in 2020.

14. Three in four US adults are significantly stressed out about the country’s future.

Furthermore, in 2019, 56% of adults believed they were at the lowest point of America’s history. In 2020, 71% of people felt the same at the time. In other words, around three-quarters believe that America’s in poor shape and that things will only keep getting worse.

15. Anxiety affects 40 million adults in the US, which makes it the most prevalent mental issue.

(Anxiety and Depression Association of America)

Around 18% of the US population suffers from anxiety. Furthermore, anxiety statistics show that only 36.9% of people actually get treatment. These disorders, which are highly treatable, occur thanks to external (life) events and circumstances, but also genetics and brain chemistry.

16. Lack of time and money are prime stressors during the holidays.

Stats and Facts about Stress and Work

According to UK stress stats, stress is enormously detrimental to the country’s economy. UK workers lose a total of 13.7 million working days every year. This amounts to around £28.3 billion—money that could have been invested elsewhere.

According to recent stats about stress, 68.3% of physicians were sleepless. It may also come as no surprise that 93.7% suffered from stress. General physicians, obstetrics, gynecology, and anesthesia specialists, as well as intensive care workers reported the highest levels of sleeplessness.

20. Firefighters, airline pilots, and military personnel have the most stressful jobs in the US.

The core factors this conclusion took into account were:

Of course, the COVID pandemic can easily put healthcare workers on this list as well (as you can see in our article). The lowest levels of stress have been reported by hairstylists, audiologists, and university professors.

How many people have died because of stress?

You can’t, technically, die from stress. However, stress is a leading contributor to the top causes of death in the US. Namely, high stress levels can worsen heart disease, liver cirrhosis, cancer, and lung issues.

Furthermore, stress can lead to death indirectly because of its effect on our mental health. Accidents and suicide can affect people who suffer from high levels of stress more often.

What is the number 1 cause of stress?

The American Psychological Association claims that financial issues are among the primary causes of stress. According to a 2015 APA survey, 77% of the participants experienced stress because of their finances. Furthermore, 72% of participants claim that they felt anxiety about their finances at least once in the month preceding the 2015 survey.

However, it may come as no surprise that the COVID pandemic took its toll on the US (and the world). Around 78% of adults state that a great source of stress in 2020 lay in the effects of the pandemic.

What are the top 10 causes of stress?

While primary stress factors differ from person to person, there are some common issues that affect most people. Not counting COVID, ten very common stressors are:

What age group has the most stress?

We hope this article has helped you better understand stress, its severity, and its prevalence today. While the above stats may seem disheartening, understanding an issue is always the first step in solving it.

The stress statistics above show what stress does to your body, and your mind. We see its prevalence among all demographics, but especially among younger generations. 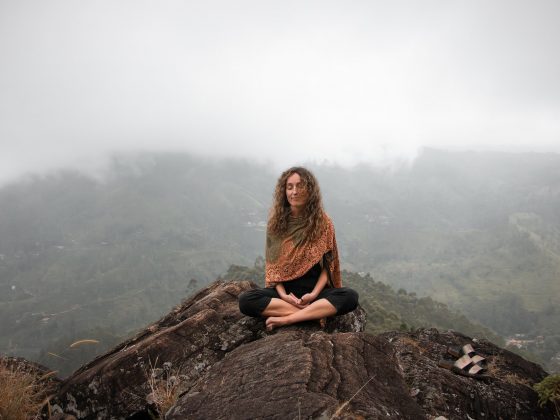 Top 24 Mindfulness Statistics To Be Fully Aware Of 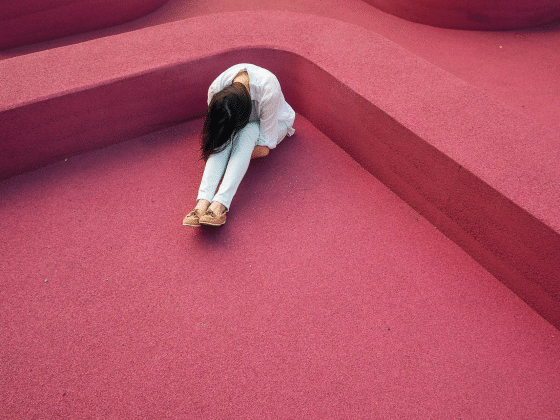