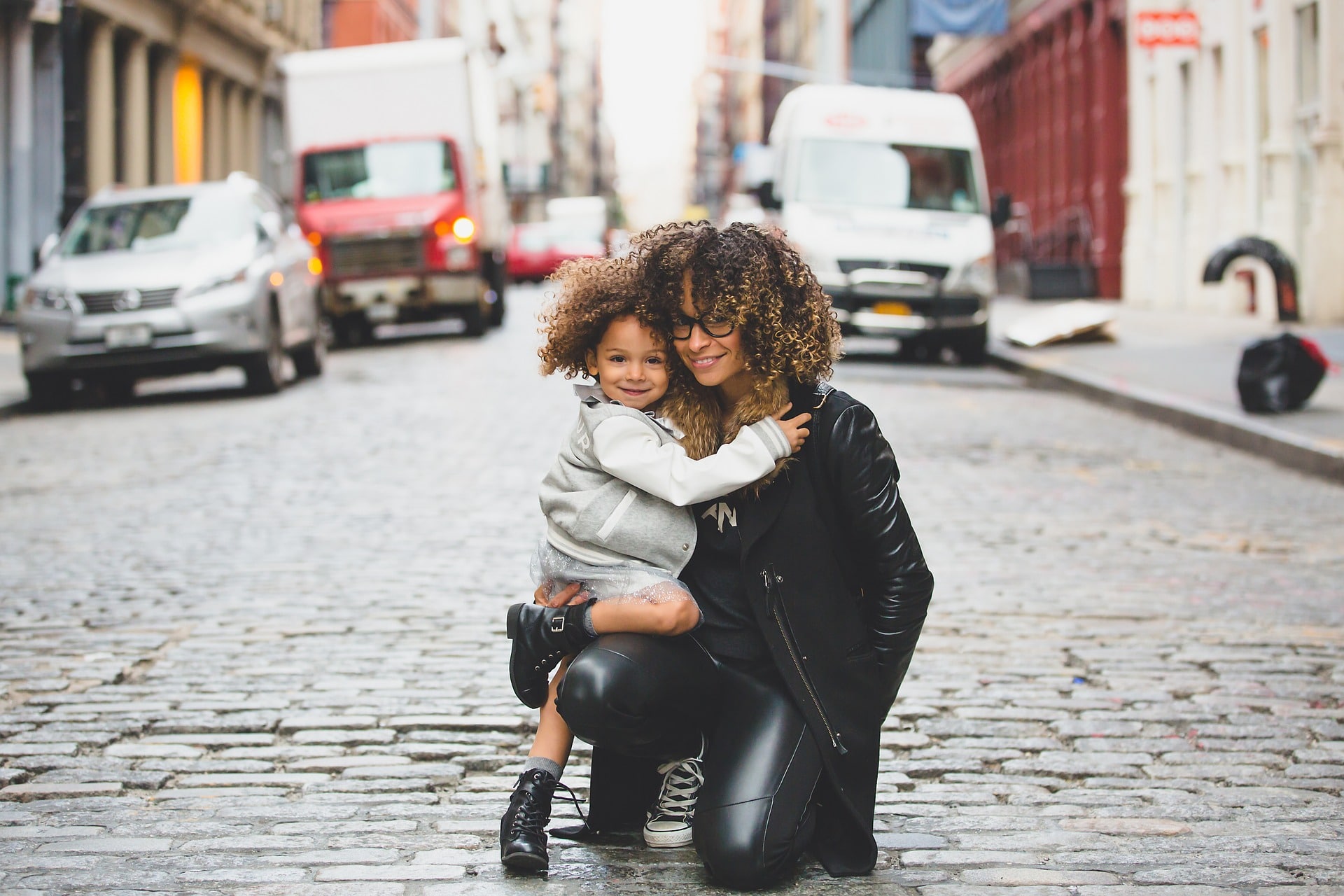 Your Guide to Dating Single Parents

For most of us, dating a single mother or father is uncharted territory, and it comes with its own set of challenges to overcome.

Dating single parents can be complicated and overwhelming, but sometimes the person just might be worth it. This is why we bring you some rules and tips you can use to avoid misunderstandings and build a good foundation for a stable relationship with a single parent.

Although no two relationships are the same, there are still some ground rules you should follow if you’re starting to date someone who has children. From taking things slowly to determining your role in their kids’ lives, here are five key rules you need to know.

For some single parents, dating can be a leap of faith after a messy divorce experience — this is the first thing you need to understand. Since day one, keep this in mind, and don’t try to be too curious about their past or get them into an uncomfortable situation by asking too many questions too early.

Of course, it’s ok to show interest in their children and their life in general, but try to treat them like any other person. For example, ask about their job, interests, or favorite movie rather than making it all about their children.

Another thing you shouldn’t do when dating single moms or dads is rush in. Don’t take the role of a family member within a month, don’t insist on moving in or making a commitment. First and foremost, you need to let your relationship develop naturally.

The second thing is, if you meet the kid/s and change your mind after the initial stage of infatuation, the breakup will be much messier and hurtful for both your partner and the children involved. So you need to consider these matters carefully before making a choice.

2. Understand you’re not their priority

When it comes to dating a single mom, relationship advice you’ll most frequently hear is that you have to accept that always coming second to their kid/s. The same goes for dating single fathers, which has been proven in practice many times.

If you don’t have children, it may be hard for you to understand the intensity of parental feelings. Of course, it’s normal to wish to be on your partner’s priority list, but when you’re dating a single parent, you have to come to terms with not being number one.

Being codependent isn’t a choice when you’re building a relationship with a single parent. To make things work, you’ll have to be independent and learn how to function without them, as they won’t always have the time or energy for what you need at the moment.

While this sounds like general relationship advice more than dating single dads and moms type of advice, it’s essential you consider it in more detail. For example, single parents may not have time to console you after a bad day, as their kids could be fussy, having a cold, or having a birthday to attend that evening.

Jealousy is a tricky feeling to handle when you’re dating a single parent. In most cases, their ex is still in touch and will remain a part of their life. You can’t expect this to change, as the two of them share responsibility for their child’s well-being.

Another thing that happens frequently is feeling jealous of your partner’s children. It’s usually an issue that arises in the initial stages of dating when you want to spend as much time as possible with your new partner.

If you’re dating a single mom with 3 kids, she’ll almost certainly not have as much as time a partner with one child or someone who doesn’t have kids at all would. This creates jealousy because you could find yourself constantly reminded that you’re not a priority for your partner.

You must recognize and address these feelings as soon as they appear. For example, if you start feeling like your partner doesn’t like spending time with you and their kids are stealing them from you, take a break to think things over.

Find some you-time to come to terms with the fact that dating single dads and moms comes with unique challenges. It means that they have exes that might still be active in their lives. But, more importantly, having children means that there’ll always be someone who comes first on their list of priority, and isn’t you.

4. Be supportive and trustworthy

While this should be an integral part of any healthy relationship, it’s essential when you’re dating someone who’s had a failed marriage/partnership. What would otherwise be an innocent mistake (e.g., forgetting about something you’re supposed to pick up for them) could now become a serious issue.

For some single parents, dating can at times feel like just another responsibility they have to take care of during their week. If you want things to work, try to be someone they can rely on — don’t keep forgetting things, being late, or being careless about their schedules.

Single parents are frequently under a lot of pressure to be there for their children, provide for them, and balance it all with their work and love lives. This is why they will often just need someone to listen at times, without offering advice or trying to solve their problems.

When you’re dating a single mom, problems can pile up quickly (the same goes for single dads). Being a present, emotionally available, and understanding partner will go a long way in forming a stable bond between you and your partner.

Unless your significant other suggests it, don’t ask or insist on meeting the kid/s. Many dating single moms and dads are very cautious when introducing new partners to their children.

According to numerous studies, divorce effects can have a long-term influence on the children’s well-being. Whether you know the whole story or not, your partner could be very cautious about including you in their family life. This is something you have to respect.

Remember that this isn’t about you — no matter how ready you feel, it’s parents who get to decide. If you’re dating a single dad with a teenage daughter, for example, she may not be open to meeting you at all, or she may be having a turbulent period, and her father will think that meeting you would not be a wise step.

The point is: follow your partner’s advice on this matter. If you’re dating for a longer time and want to meet someone who’s such a big part of their life, you can ask. However, be ready to take no for an answer and listen to what your partner has to say.

Although there’s not much discussion about the problems single fathers experience, the obstacles they face aren’t easy. So, in addition to the General Rules we just discussed, here are some things you should keep in mind when dating a single dad:

The number of single mothers is rising worldwide, and this causes many societal challenges. Since women typically earn less than men, they’re under more psychological and economic pressure and thus frequently exposed to poverty or homelessness.

Apart from the General Rules in the first section of this guide, here are some tips you need to know if you’re dating a single mom:

How to Know if You’re Ready to Start Dating a Single Parent?

For single parents, dating again comes as a result of a long healing process. While their journey is admirable, people rarely think about the journey of those who date them. It isn’t easy to navigate through this, and there are a couple of matters to consider before deciding to go out with a single parent.

Many people go into dating hoping to meet a person with whom they can build a committed relationship. New experiences, ups and downs, big decisions, etc., are all part of the process. However, if you’re dating a single parent, chances are they won’t have as much energy or time to participate in all the activities you want to share with them.

So, you must first consider whether you’re truly ok with not being your partner’s priority. Although you may feel selfish for wanting to be someone’s number one, kids or no kids, this is a completely valid feeling. If the answer’s no, you should put dating single dads or moms on hold for the time being or just date people with no kids.

Another matter you need to decide on is whether you’re ready to have kids and whether you want to have kids in the first place. Although this seems like a reasonable step, many people skip it, hoping they’ll get there in time because they like the person.

Unfortunately, even if it’s single parents dating each other, there’s no guarantee you’ll like someone’s kids just because you like the person. Of course, if you enter a relationship with a single parent, their kid/s will become a part of your life at some point, but you need to consider how this matter applies to your specific case.

For example, if you’re dating a single mom in her 40s whose kid/s are adults with their own lives, you not wanting/liking kids may not be an issue at all. Sure, they’ll still be a part of your life if you decide to take your relationship further, but you won’t share responsibility for their upbringing.

It’s demanding to date someone who has children, and there are many things to consider before you do so. Respect your needs as much as you respect your partner’s feelings, and don’t force yourself to change or compromise on things that matter to you.

All in all, the success of dating a single parent depends on trust and respect, just like any other relationship. Give yourself enough time to think about things, go step by step, and don’t be afraid to discuss your feelings with your partner.

Dating single parents can be very challenging as it involves more than just two persons’ feelings. Still, if you think about it — dating someone is rarely easy, so you might as well give it a try. Just keep our tips in mind. 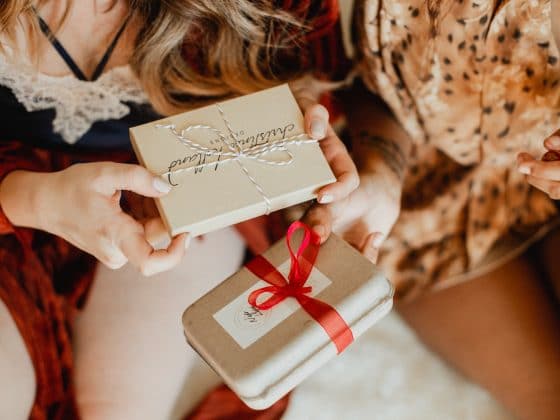 The Best Subscription Boxes for Women Close to You 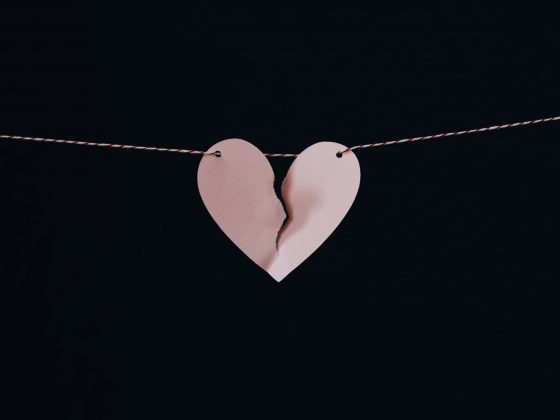