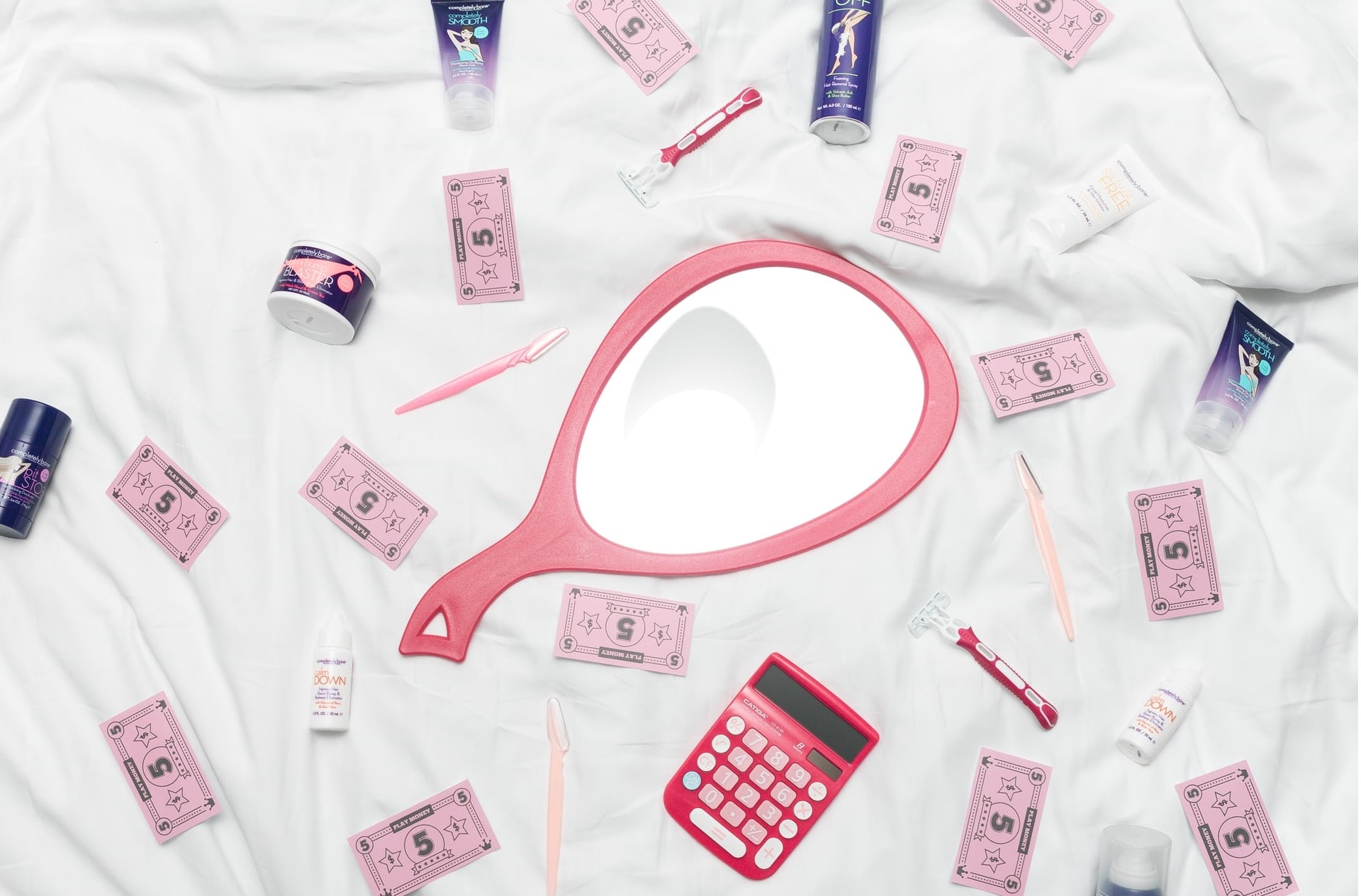 In this article, we’ve gathered pink tax statistics and facts we believe any shopper—especially women—would like to know. Why women in particular?

Because we’re sure that you, too, have often wondered why your almond-honey-lilies shower gel costs more than the random blue shower gel for men. If you’ve asked yourself such questions in the past, then you’ll certainly be interested to see what we’ve got for you here.

Keep scrolling and satisfy your curiosity!

In this section, we’ll share some important info about the actual meaning of the pink tax notion and its consequences on women’s spending habits.

This is likely among the most staggering yet highly widespread examples of gender inequality, and research shows that children’s products aren’t excused either. Pink tax data reveals that the price gap between regular children’s products and the same ones in pink can go up to 13%.

What happens when you pair this fact with the existence of the gender pay gap? You get the cliché of women who spend more than they have and find themselves constantly struggling.

The truth is that products marketed as ‘female’ have often been taxed as a luxury. This has also applied to basic necessities like clothing items and hygiene products.

3. Gender based pricing leads to women spending $1,351 more a year.

If we look into financial reports on the spending habits of women in their 50s, we’ll find that the pink tax will absorb an average of $67,550 of their budget. That’s roughly twice the average US student loan just from accumulated overcharging over several decades.

In addition, research on the effects of gender tax on different life aspects showed that female toiletries are 13% more expensive on average. All this makes it harder for women to direct their earnings to long-term goals such as savings, investments, and health/retirement funds.

5. The tampon tax is the most dominant form of the pink tax.

When it comes to this not-so-pink niche of pink tax statistics, over the years, we’ve seen various efforts to reduce this kind of taxation, European countries included. However, the process remains slow and gives little results.

For instance, within the context of EU tax regulations, menstrual products are placed in the category of luxury items. Consequently, EU member states are required to apply no less than a 5% tax on these products.

Pink Tax Statistics Around the World

The following segment contains a few noteworthy stats and facts that reveal how this financial issue has been approached so far in various corners of the planet.

By doing this, Kenya became the first country in the world where menstrual products aren’t taxed. Unfortunately, not many countries have joined it since then. The most recent addition to that list was made earlier this year, when the UK abolished the tampon tax, too.

7. African countries were the first to address the problem of gender based pricing.

After Kenya made a bold move in 2004, Uganda and Tanzania followed in its steps thereby making Africa the pioneer in tackling the problem of gender-based taxation.

Though some major countries like India, Canada, and Australia have joined the movement since then, this issue remains very present in all parts of the world. For instance, Iceland, Turkey, New Zealand, Argentina and Chile still apply 15%–25% VAT on menstrual products.

8. Until January 2021, Ireland was the only European country that didn’t tax sanitary products.

Pink tax statistics for Europe reveal that the continent is home to the world’s highest tampon tax rate—a staggering 27% imposed by Hungary. Denmark and Sweden aren’t far behind with 25%. Greece set its tax rate at 23% to combat bankruptcy and exit the financial crisis.

9. In 2018, 13 out of 28 EU member states imposed the same tax rate on sanitary products as on wine or cigarettes.

Facts about the pink tax also show that ten EU countries have a tampon tax rate of min 20%. As we’ve mentioned earlier, in some cases the rate goes even higher than 25%.

However, in some European countries, things have changed for the better since then. For example, in 2018, Switzerland’s tampon tax rate was 25%, while last year it was 7.7%—and they don’t plan to stop there.

Germany also caught the wave of positive pink tax trends. It joined several European countries (Lithuania, Poland, and the Czech Republic) which had reduced their tampon taxes to the minimal 5% required by the applicable EU tax laws.

11. In December 2019, a Japanese student initiated a campaign to lower the tampon tax in her country.

Right upon its launching, Ayumi Taniguchi’s petition was signed by no fewer than 30,000 women and men. Menstrual products are treated as ‘luxury’ in Japan and are therefore taxed at a rate of 10%.

Japanese women often have to choose between buying sanitary napkins and other essentials. Some students also complain that much of what they earn working part-time jobs goes on these expensive products and are hoping for that to change.

Pink Tax Facts and Stats About the US

In the final segment of our article, we’d like to familiarize you with the past and current pink tax situation in the States.

It’s a pretty grim fact that the majority of states still hold on to the notion of the tampon tax. However, women living in the following states are excluded from carrying that financial burden:

If you need proof of how absurd the pink tax is, examples are abundant. The whole issue becomes even more bizarre if we take into account that the states taxing sanitary products at the same time don’t tax many non-essential products like marshmallows or snowmobiles.

This positive change ensued after a series of studies pointing at the obvious existence of gender-based pricing. Businesses that fail to abide by the new regulations can be penalized through fines and other methods.

The pink tax rate in the US is set in such a way that men end up spending less in this sphere as well. More precisely, they set aside $244 a month, while women’s spending in this category amounts to $313. These costs include gym memberships, haircuts, cosmetics, and so on.

16. The gender pay gap is additionally worsened through the pink tax.

Recent studies have concluded that women make about 85% of what men do in a year, which is certainly one of the most disheartening pink tax facts. This implies that they’d have to work an additional 39 full-time workdays to be on equal grounds with men.

17. Imposing the tampon tax brings millions of dollars into the States’ budgets every year.

For example, a 2016 lawsuit stated that New York would lose $14 million a year as a result of banning this tax. Estimates for California are even more drastic—$20 million a year.

However, aside from women not having to pay more because of their womanhood, banning this tax has another huge advantage. A consequence of such a step would be menstrual products becoming far more available to low-income individuals.

18. The gender tax gap is the most apparent in personal hygiene products.

To this day, it remains generally hard to understand why blue razors cost $14.99 while pink ones cost $18.49. The same thing goes for shampoo: male shampoos usually sell for around $5.68, whereas female shampoos cost $8.39.

Research has also concluded that, depending on the specific product within the given category, the price gap can go as high as 13%. This is exactly the case with items like pads and helmets, while general toys’ and preschool toys’ prices reveal an 11% and a 9% gap, respectively.

20. Women influence over 95% of services and goods on the market.

The beauty industry is an ever-growing market in which women are still the more dominant consumers. In fact, studies show that they’re responsible for 85% of all purchases.

This is why the gender tax on products targeting females is so rampant. Retailers focus on women, give them more choices and target them with customized advertising which in return increases the price of the final product.

What is the pink tax?

The pink tax is a term referring to gender-based pricing policies applied to products and services advertised as ‘female’. This being said, it’s not an actual tax, and there is no legit explanation as to why certain items and services cost more just because they’re ‘pink.’

Where does the pink tax exist?

The pink tax exists in numerous countries around the world. The only thing that varies is the rate.

The highest tampon tax rate is held by Hungary, with a 27% VAT on menstrual products. The EU as a whole still clings to this trend—its regulations classify these products as a luxury. Still, some major countries like Australia, Canada, India, and the UK have abolished it.

What states have no pink tax?

So far, 19 US states have permanently turned their backs on the pink tax through their legislative procedures, New York being the most recent. California has a temporary tax exemption lasting until 2022 since its tampon bill’s been rejected three times.

What items have the pink tax?

The pink tax is applied to various everyday items and services, from hygiene products, cosmetics, and clothes, to toys and braces. If you want to see with your own eyes what this tax does to a woman’s budget, it’s enough to walk into any store and start comparing the prices.

These were the 20 most crucial pink tax statistics we believed would help depict the impact of this phenomenon. In a world that struggles to achieve equality in all areas of life, raising awareness about something so troubling is a small step we can take together toward creating a more just system. 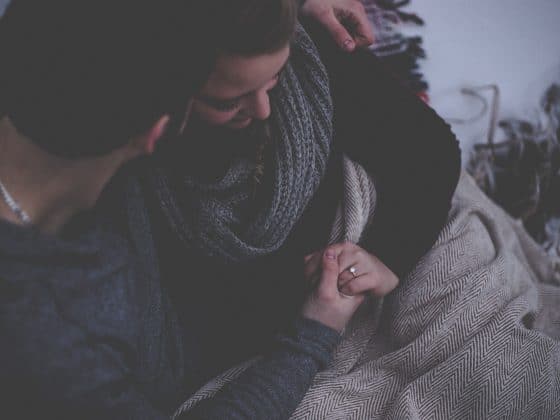 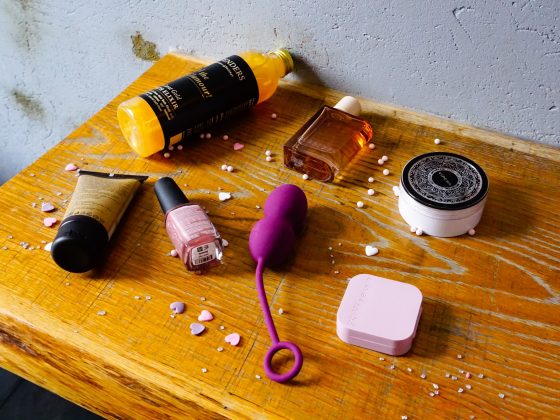 Best Sex Toys for Couples in a Playfool Mood