Online dating became an integral part of the dating process, and swiping is the fastest way to sort out potential love interests. However, a startup called SwoonMe is looking to revolutionize online dating by making users connect less superficially, i. e. to listen to other people rather than judging them based on their looks.

Instead of uploading several photos and writing a bio when creating a profile, SwoonMe will ask you to take a selfie and record a voice message. The image will then be converted into an avatar that will serve as your profile picture, and the voice message will serve as a bio where you introduce yourself to other users.

After you match with someone, you can continue communicating via private audio messages, and the app will offer a variety of icebreaker games. The app’s algorithms register how much or how frequently you communicate; the amount of communication will gradually reveal the initially uploaded image that served as the basis for creating the avatar.

SwoonMe is a project of Facebook’s former product specialist, Tanvi Gupta, who created the app based on her personal experiences in online dating. She believes that not relying on visual cues increases the chances of forming long-term connections and also lowering the chances of online abuse.

However, SwoonMe is not the first app to refrain from photo-sharing and relying on avatars. Seoul-based Hyperconnect was recently purchased by Tinder’s parent company for $1.73 billion. This AR-powered avatar app is their biggest acquisition so far, which could be indicative of the next big trend in online dating. 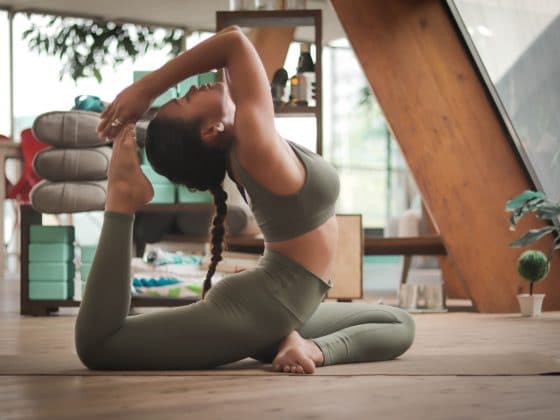 How to Get Better at Yoga – For Beginners and Veterans